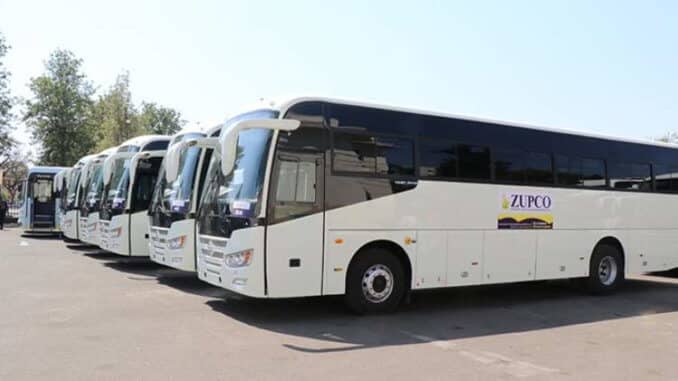 Government has saved US$6 million after buying 162 buses through a local firm Landela Investments, investigations have revealed.

The buses are being used to modernise the public transport system in Zimbabwe and Government intens to bring 500 more buses through Landela by mid next year.

Investigations have shown that Landela is charging Government between US$200 000 and USD 220 000 per bus including duty and taxes for the buses while local suppliers are charging between US$223 000 and US$357 000 per bus.

Having 162 such coaches locally could have seen government spenting about US$40 million.

Landela Investments has been linked to businessman mogul Kudakwashe Tagwirei but a search at the registrar of companies has revealed that he is neither a shareholder nor a director in the company.

Zimbabwe Motor Distributors (ZMD), which is the franchise holder for VW buses, is selling each bus for USD286 000. Landela bought 30 VW buses at about US$6 million but had it bought them locally it cld, it could have parted with US$8,5 million.

Faw Zimbabwe is selling each Golden Dragon bus for US$223.300.

Landela brought in 122 such buses and instead of using US$27 million locally, it used US$3 million less.

Landela Investments also bought 10 Marcopolo buses at about US$2 million and saved US$1,57 million for government as Zimbabwe Motor Distributors qoutes esfh bus for US$357 000 per coach.

Landela is using its resources to buy the buses and the juice part of the deal is that government is settling the money in local currency using the official exchange rate system.

Landela has been leasing its buses to the Central Mechanical and Equipment Department (CMED) the same way several bus companies and individuals are leasing to Zupco.

It proved that the cost of hiring the buses was high and Government and Landela entered into an agreement for the latter to sell its 162 buses.

Landela Investments, and which owns several mines across the country, says this was its way of paying back to the community as it works on bringing in 500 more buses by June next year.

“Apart from this being our own way of contributing to this economy, we as Landela have mines around the country and we can use the local currency payments by Government to cover the local components needs of our mines.

We know that this is not the exchange rate for us to recoup our investments on the buses but the difference is our contribution to Government programmes,” said the company.

Local Government and Public Works Minister July Moyo said Government was not backtracking on increasing its fleet through beneficial arrangements.

He said everyone was allowed to bring his or her own bus.

“There are those who are opposed to Government programmes and they write incorrect information even on social media but we will continue to follow what the President (Mnangagwa) is doing to improve the transport system. He will launch more buses soon,” said Minister Moyo.

“Those willing to have their buses included can simply go and register under Zupco so that we have many owners but one system to control who does what.”