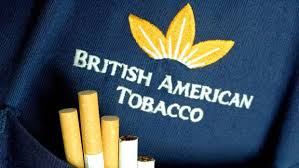 The company managed to remain afloat by implementing upward price adjustments for its products to avert losses in the current hyper-inflationary environment.

“The Company recorded an 18 percent decline in volumes compared to the same period last year driven by the continued pressure on the consumers’ disposable income,” Company secretary, Pauline Kadembo said.

“The Company’s Premium brand, Dunhill, (which constitutes 2 percent of the total volume), recorded a 92 percent decline driven by the Company’s inability to import the brand, given that excise duty is payable in foreign currency. On the other hand, the Aspirational Premium brands, Newbury and Kingsgate, saw a single-digit decline of 3 percent compared to same period last year. The Value for Money segment, Everest and Madison, declined by 17 percent and Low Value for Money brand, Ascot, was 27 percent down compared to same period last year. Despite the decline in volume, the Company recorded a growth in Revenue and still remains profitable, she added.

During the period under review, the company also faced a plethora of operational bottlenecks that included shortages of foreign currency, devaluation of the local currency, high inflation and persistent power outages.

The company also said the cigarette excise regime was changed from a single specific excise regime to a mixed regime system (specific rate and ad valorem) which compounded costs.

In August BAT Zimbabwe posted a 48 percent increase in revenue for the half year to June 2019 despite sales volumes having dropped by 20 percent.

Global Influence Is Intentional: Zimbabwe Must Become Intentional About Everything