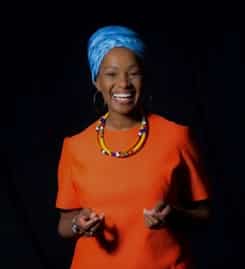 By Thembe Khumalo| “The minister said we must pay our bills.  He was quite unapologetic actually. He said we shouldn’t expect to get a service if we are not paying our bills.”

This was the feedback I got from a colleague who had been to a meeting of big business where the minister of energy, Fortune Chasi, had spoken.

As we discussed the minister’s remarks, it was clear to me that he had been referring to business owners , government departments and perhaps high ranking government officials – basically, people with massive unsettled Zesa bills. He was not talking about us.

Given that the majority of Zimbabweans have prepaid electricity metres, I understand how angry this call might have made people had the remarks been addressed to the general public. For sure if I have already paid you for a service, I expect you to deliver as per agreement, and the current 18 hour power cuts are a far cry from the service agreement we believe ourselves to have with the electrical power authorities in our country.

Let me explain: This relationship with Zesa or ZETDC is a little stormy.  The thing is, I don’t have a prepaid meter, and the metre that I do have, does not work; has never worked in the years I have lived in this house.  No one has shown any inclination fo fixing this meter, and all the bills I get are estimates.  That’s problem number one.

Problem number two is that the bills I refer to in problem number one are actually virtual bills. They don’t land at my house or even in my inbox like other bills do.  I have to expend my own resources to got to the authority’s offices to find our how much electricity they think I used this month. Then I have to drive to city centre to make the payment. I’m sure you’ll agree that as convenience goes, these arrangements are not even on the radar.

I resent the requirement to go into CBD to pay my bill.

I resent the fact that no one tells me how much that bill is unless I go to their offices.

I resent the idea that my estimated usage is not based on logical factors like the number of people living in my house or the lifestyle habits which are indicative of usage, but on some mysterious and to my mind, arbitrary thumb suck.

And so I used these resentment to justify not paying my Zesa bill. Or rather, paying it as and when I felt the called to do so, which was not very often.

But experience has taught me that  the inconvenience of power cuts turns out to be more than the inconvenience of paying a randomly estimated bill that no-one ever delivers. This month, Fortune Chasi’s call for bills to be paid touched a nerve in my system. And so I paid my bill. All of it. In full.

I am not under any illusion that the few thousands I owed have made any dent in Zesa’s coffers, and I don’t think thats’ the biggest lesson here – at least not for me.

I see the position I had adopted against ZESA as being typical of what we do as Zimbabweans.  We complain. We complain a lot.   But when asked if we are really doing our part to solve the problems we are complaining about, we are quick to point out that others are not doing theirs. Apparently we have not figured out that two wrongs don’t make a right.

Playing our part requires us to go beyond the finger-pointing, Zanu-blaming, MDC-shaming men-hating, women-cussing politician-slamming general rhetoric that we are so fond of as Zimbabweans. It requires us to stop and recognise that we are all part of the problem, and that each of us has a role to play in resolving it.

It is not a new government we need, or new leaders to lead us.  It is a new attitude and a new sense of responsibility; because  ultimately, nothing will change if we don’t change.

My favourite project currently (apart from my children) is building a regional brand that will some day connect 1 million African women artisans www.labourofloveafrica.com