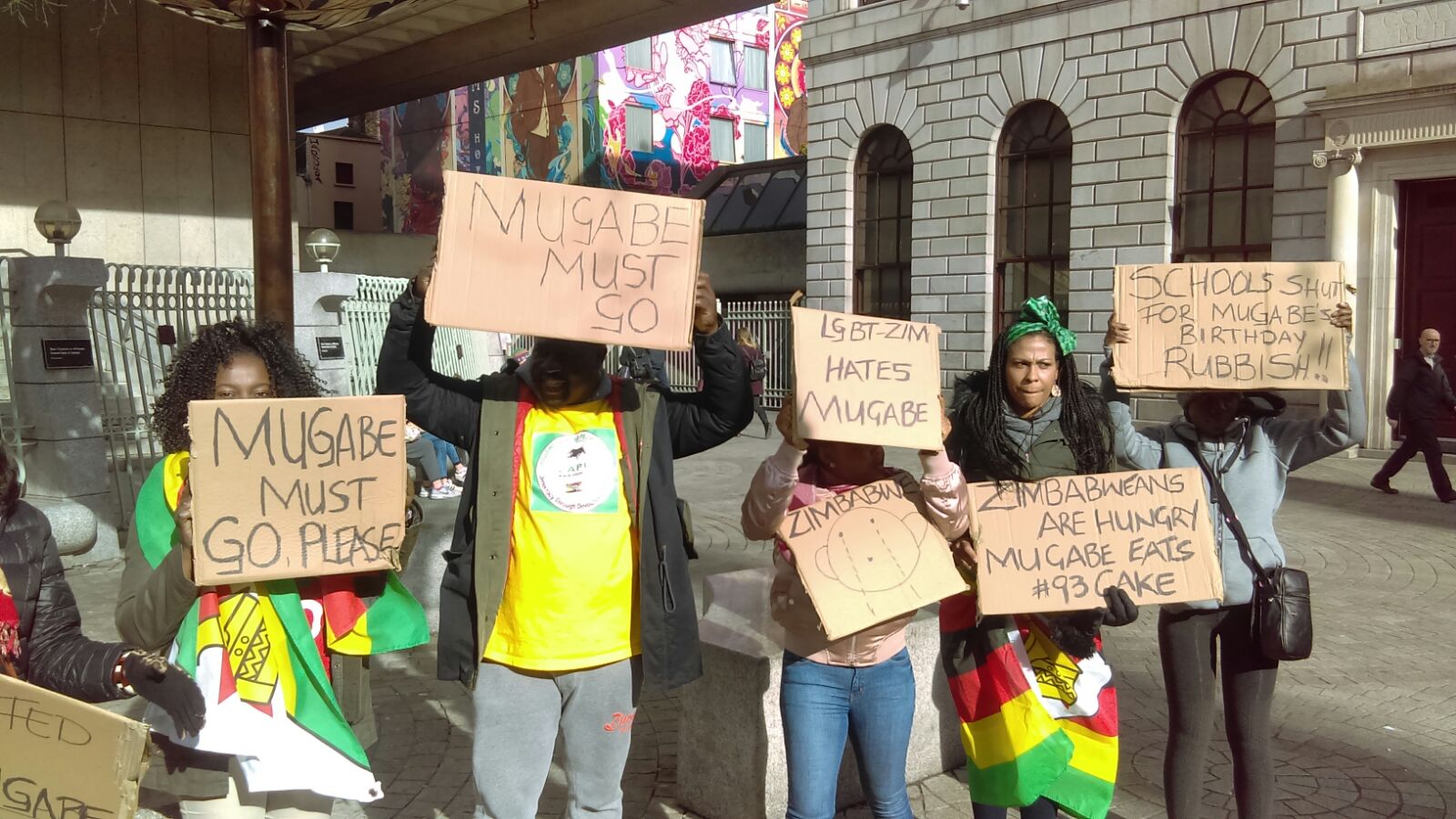 ZIMBABWEANS in the diaspora have upped efforts against “the excesses” of President Robert Mugabe with a series of protests against the nonagenarian being lined up in foreign countries.

The Zimbabwe Yadzoka/Mayibuye iZimbabwe Campaign will in April hold anti-Mugabe protests in London, Oslo, Dublin, Bergen as well as Johannesburg.

Leader of Zimbabwe Yadzoka/Mayibuye iZimbabwe, Dr. Victor Chimhutu, who is based in Norway, said the anti-Mugabe demonstrations are penciled for April 15-18.

The demonstrations will be dubbed #NotYetUhuru.

“While Mugabe will be celebrating Independence Day, we will be telling the world that Zimbabweans are in bondage. We are independent from colonial rule but still subjugated hence not yet uhuru. We are calling on other social movements to join our campaigns against Mugabe’s dictatorship,” said Dr. Chimhutu.

In February, Zimbabwe Yadzoka/Mayibuye iZimbabwe held a series of protests against Mugabe in Dublin, Bergen, Oslo, Birmingham, Edmonton and Toronto.

Chimhutu said there was need for Zimbabweans to unite against Zanu (PF) and Mugabe if Zimbabwe is to be saved.

Formed in August 2016, the Zimbabwe Yadzoka/Mayibuye iZimbabwe campaign also aims to educate and mobilize the rural masses to vote for democratic change in Zimbabwe.

The organization is also targeting to mobilize youths to register to vote.

Dr. Chimhutu said the diaspora was a critical constituency in the fight against President Mugabe.

“The diaspora will keep up ramping pressure on this regime as this constituency is important in the mobilization process ahead of the 2018 elections. The diaspora is also critical in exposing human rights abuses and alerting the international community on Zanu (PF) political violence which we know will only get worse in 2018,” said Chimhutu.