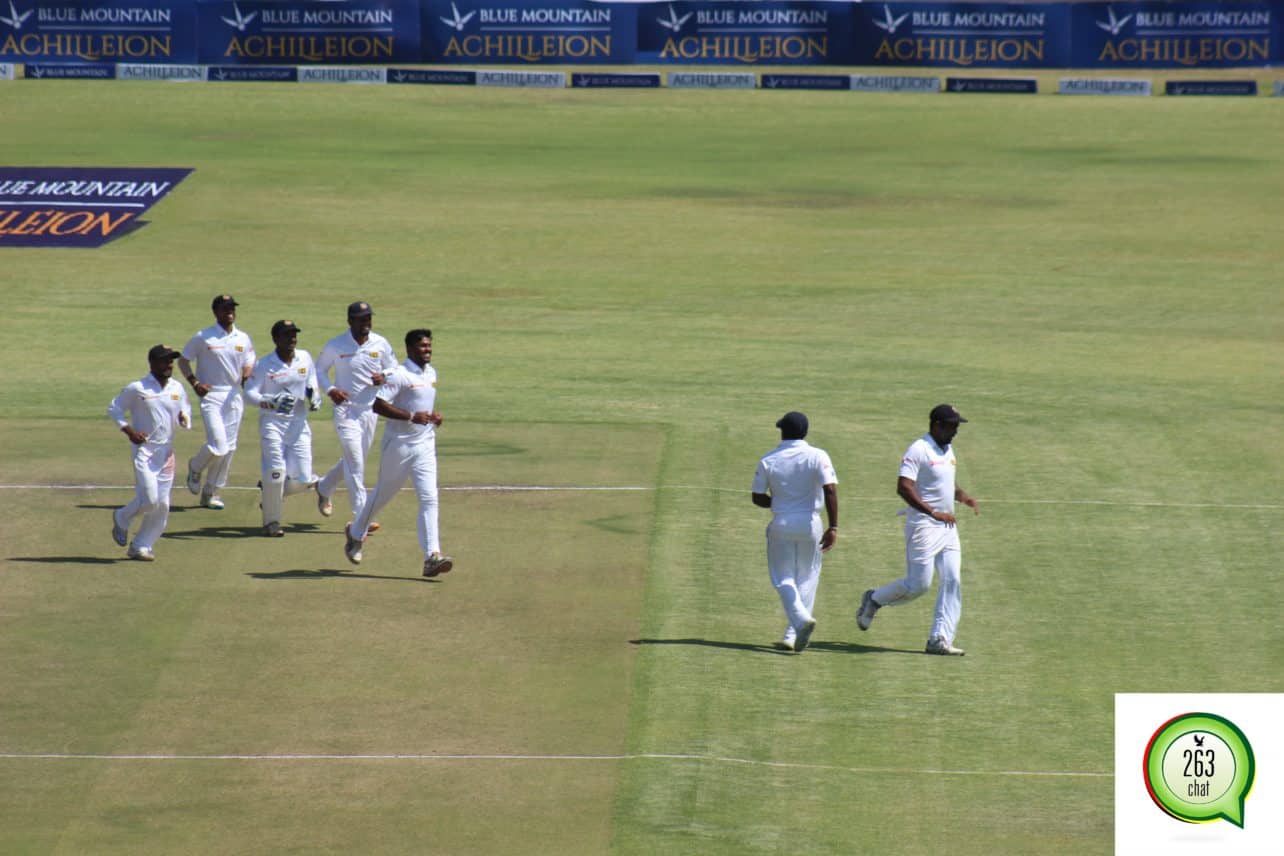 Tinotenda Mutombodzi played a captain’s innings for Harare Metropolitan Eagles on the second day of their Logan Cup match against Bulawayo Metropolitan Tuskers at Country Club in Harare yesterday.

After his team had made a bad start on a pitch not well suited to batting after the rain, he dug in with determination before opening out to finish with a score of 87 as his team finished the day in a good position at 299 for eight wickets.

After the first day’s play had been washed out, the two teams were left with three days, weather permitting, to bring about a result in this match.

Tuskers were seriously weakened by the loss of Craig Ervine and Sean Williams, both injured, and Tafadzwa Mupariwa, who missed out through sickness.

Eagles missed Sikandar Raza who is still injured, but they played both their Pakistani players, Jalat Khan and Rizwan Haider.

Eagles won the toss and decided to bat first on an overcast morning, on a slow pitch that did nothing for the faster bowlers, but handicapped by a heavy outfield.

After 10 overs the score had reached 46 and, with his pace bowlers ineffective, Tuskers captain John Nyumbu brought himself on to bowl and immediately found some spin.

Regis Chakabva came out batting positively, but did not last long, scoring only seven before he ran down the pitch to the medium-fast Mboyi only to edge the ball to Richmond Mutumbami behind the stumps.

Before long , Eagle were reduced to 75 for three when the new batsman Ryan Burl, usually such a sound judge of the game, drove a low catch to mid-on off Mboyi without scoring.

It was a most uncharacteristic lapse by him, and the most likely reason would appear to be that he has not yet mentally adjusted from one-day to four-day cricket.

Gumbie and Mutombodzi now went on the defensive as they tried to consolidate after the loss of three wickets for 13 runs.

At lunch Eagles were 88 for three wickets, Gumbie still there and batting well on 35, and Mutombodzi five.

The batsmen struggled for runs after lunch, however, and Gumbie threw his wicket away on 37, as he lost patience, flashed at a ball from Luke Jongwe and was caught at the wicket; 93 for four.

He had played a fine innings and it was unfortunate for his team that he was unable to continue his patient approach.

The aggressive Cephas Zhuwao almost caused a run-out when he drove a ball past the bowler and wandered down the pitch, expecting it to be a four, only for the ball to pull up on the slow field, and the return almost caught the batsmen unawares.

While Mutombodzi struggled for runs, leading the fielders ironically to slow-handclap him, Zhuwao hit a ball from Jongwe into the sightscreen for six.

However, he never really managed to master the conditions, and skied another attempted big hit off Mpofu to deepish mid-off for 12; 117 for five.

Mutombodzi became rather bogged down as he entered the eighties, and was dismissed for 87, trying to hook a short ball from Mpofu and top-edging a catch to the keeper.

The two left-handers Haider and Trevor Garwe shared an enterprising partnership for the eighth wicket, Haider reaching his fifty off 82 balls.

Haider made 62, and was eventually caught in the slips, flashing at a ball from Jongwe; 297 for eight.

Play was prematurely called off due to bad light with the score 299 for eight wickets, Garwe on 21 and Khan on two.

How Maputi ”Zimbabwean popcorn” are made