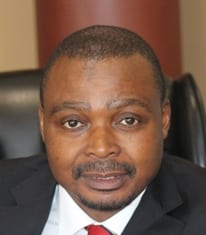 When most people think about the success of mobile money in Zimbabwe, they immediately think of EcoCash.

But Darlington Mandivenga, the CEO of Econet’s Cassava Fintech group, believes that mobile insurance service  EcoSure – the fastest growing potfolio within the group, will in time eclipse EcoCash’s current success.

Last week the Postal and Telecommunications Regulatory Authority of Zimbabwe (Potraz) released its 2017 fourth quarter sector performance report showing, among other things, that EcoCash consolidated its market position gaining market share and exiting the year on 97.2% share of the mobile money market.

Yet Mandivenga believes EcoSure, now with over 2 million insured users, will over time grow into Cassava’s biggest services.

“The phenomenal growth of EcoSure is driven by the complete on-boarding of funeral policy and burial societies all across the country by EcoSure,” he said, explaining that the company essentially ensured nearly all funerals in the country, with claims pay-outs made “within hours” of a policy being claimed, and so allowing for sufficient time to give a dignified burial, in line with African traditions.

Mandivenga, whose Cassava Fintech has a presence in 20 African countries, said EcoSure was easily the largest insurer in the country and was targeting a bigger piece of the revenue pie in the industry.

“We are eyeing a bigger share of the total revenue market share in the country’s insurance industry.

“But this can only happen if the company follows the model of sister companies like EcoCash and Steward Bank, by broadening its product range,” said the group CEO of Cassava Fintech, which develops and rolls out mobile-based services within the Econet Group.

“This has been a breakout year for EcoSure. We have stabilised the platforms and tweaked the business models. Now is the time to expand our product portfolio beyond funeral cover,” he said, adding that EcoSure was a fully registered and compliant insurance company.

“We plan on rolling out more and different types of insurance products. And while it is not our style to announce products before launch, I can assure you that there is going to be ‘rapid fire’, in terms of new products and services coming to the market this year,” he said, affirming that the company’s ambition was to provide insurance for every Zimbabwean.

“As a country, it is possible to get insurance cover for everyone, including pensions, at the levels you have in developed countries,” he said.

“When that happens, it affords people greater economic protection and socio-economic resilience,” said Mandivenga, adding that Cassava Fintech had the technology and capacity to provide insurance products suited for every single person, including children.

“We are really about peace of mind, and protecting people from economic shocks that could drive families into poverty. And so increasingly, you are going to see EcoSure as a ‘life line’ for families, beyond just the funeral event,” he said.

Mandivenga said with increased smartphones usage, many of EcoSure’s products and services were now available via mobile Apps, allowing for much richer and more user-friendly and intuitive access.

Mnangagwa Out Of Touch With Modern Day Practices

US Ambassador To Zim, Harry Thomas Jnr To Retire