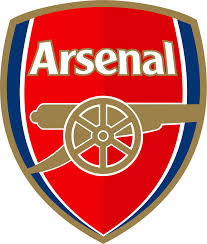 Arsenal become genuine title contenders, City scrape through AGAIN!!! UTD still can’t score goals, and umm Chelsea, “I got nothing to say” LMAO!!! Klopp is starting to make the difference at Liverpool!!

Chelsea v Liverpool — No Fabregas, no Matic, 1–0 in 4 mins and you think Mou is going to turn this thing around. Coutinho had other ideas. Besides the goal, Chelsea were on their heels the entire game. Mou had no clue how to stop Liverpool, let alone score more than 1. 6 losses and I feel its over for Mou. I thought he could turn around but he can’t. His post game interview said it all. Each question was replied with “I got nothing to say”. WHAT!!!!! Mou got nothing to say??? Safe to say he has never been in this position, and we will know what Mou is made of when this is all over. Klopp on the other hand seems to be drilling the Reds nicely. The guy knows his shit. I think he can get them into the CL this year. Only coz Chelsea are too far behind, and UTD suck right now. Coutinho is back!!!

Arsenal lost both their games to Swansea last season. No chance this time. 3–0 done and dusted, and they look like genuine contenders. If they can see out the games till the international break, Ramsey, Ox and Theo will be back.

City just don’t look great without their star men, Aguero and Silva, but hey sometimes you need a little luck on your way to the title and they got it. Penalty in stoppage time; doesn’t get any luckier than that. When those 2 are back though, it will hard to stop them. Title favs for me with those 2 fit.

UTD can’t buy a goal right now. Imma just say it; Rooney is stinking up the joint. 300k/wk for WHAT!!! LVG has a better option that he is choosing to play on the wing. I mean Martial is the real deal!! USE the kid as a striker!! LVG’s style of play right now sucks, it’s slow, its predictable and teams are on to them. They are just too easy to stop right now. Rooney needs to be benched right now!!!

Special mention goes to Everton who score 4 in the 2nd half to run out 6–2 winners. So cracking goals in the game. Jermaine Dafoe has NO right to score that first goal.

Shout out to Jamie Vardy who score AGAIN. How many games in row now. CRAZY, i mean did you know who f*****g Vardy before this season!!! Hey he is going to the Euro’s, at this rate Wazza will be on the bench!!

Arsenal — they keep winning. Lot’s of goals and lots of clean sheets
City — scraping through, but a win is win
UTD — here coz of their place on the log, not coz of any good form. They stink right now
Liverpool — Beat the defending champions handily. Wasn’t even a question.

Honestly I can’t talk about Chelsea right now. What happens when Abramovich fires Mou though???

Hey if you disagree let me know in the comments!!

They manhandled me! And nobody gives a damn! How KK treats passengers with disabilities