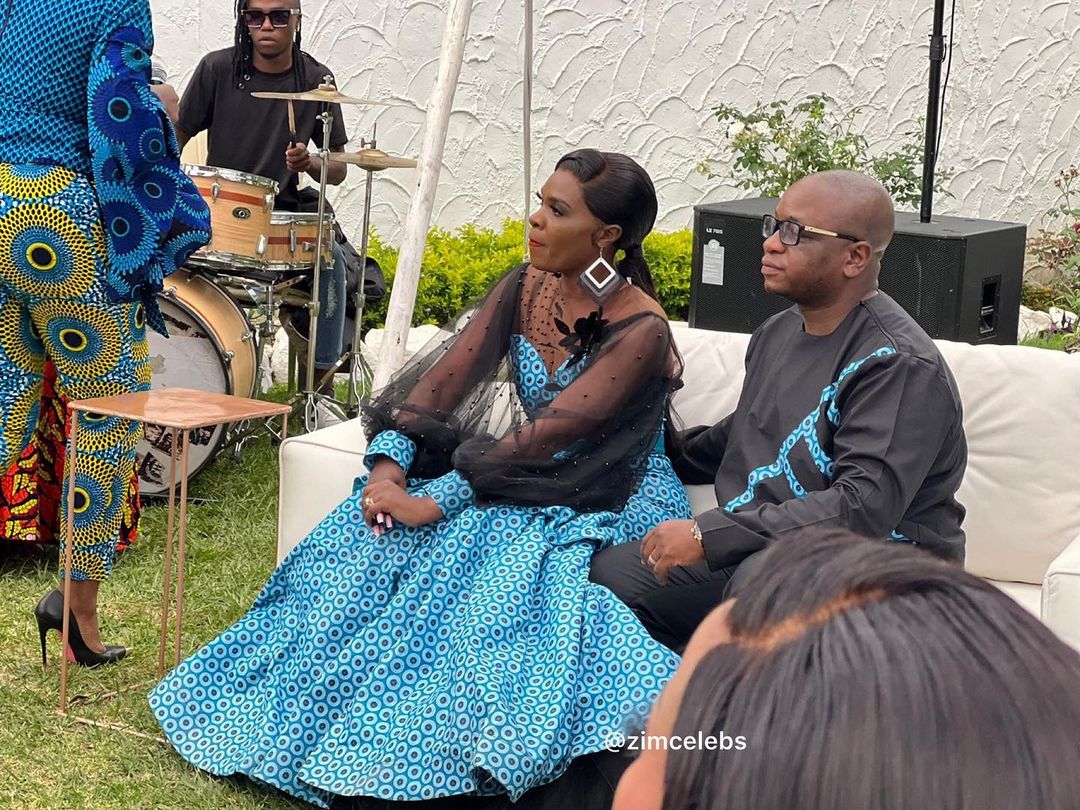 Controversial socialite Felistas “Mai Titi” Murata, has destroyed the “US$4 000” worth wedding gown she wore for her union with estranged United States based husband Tinashe Maphosa.

In a video that has since gone viral on social media, Mai Titi recorded herself pouring some flammable liquid on the white gown before setting it alight.

In the background, she is heard giving some relationship advice from what she grasped in her short-stint union with Maphosa.

“The hardest lesson that I have learnt this year (is) sometimes it’s better to just let things be. Just let people go don’t ask for answers, don’t ask for explanation, don’t fight for closure and don’t expect people to understand where you are coming from.

“You’re gonna be ok, I know right now it’s just not making sense but trust me you’re going to be ok. I know you are struggling to let certain things go but trust you are going to be fine. it’s not over yet, this is not the end of your story,” she said.

Mai Titi had a glamorous wedding which was attended by high level personalities, including South African songbird Kelly Khumalo who serenaded guests at the colorful ceremony.

However, the union would be short-lived, failing to stand the test of time in just four months.

Govt To Pocket 60% Proceeds From Muzarabani Oil And Gas Deal

Govt To Pocket 60% Proceeds From Muzarabani Oil And Gas Deal

The National Question: A Dive Into The Zimbabwean Economy

She Speaks: The story of Mai Dovi