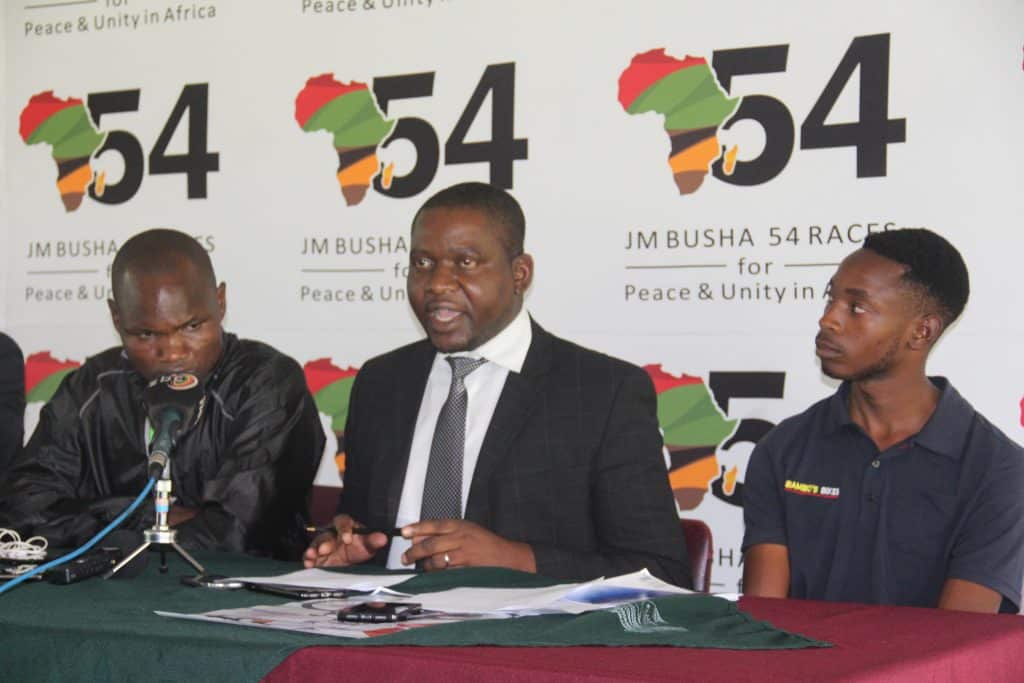 Organisers of the second edition of the JM Busha 54 Races, which was launched in the capital on Monday added two more sporting disciplines to the usual marathon, track and field events where at least 1 200 participants in the marathon race, 100 cyclists and over 150 golfers to take part.

Speaking at a Press conference, JM Busha 54 Races chairperson, Misheck Gondo, said they have decided to add golf and cycling to the event, to be held on May 25, with winners in the two disciplines also set to pocket $3 000 each.

“We have decided to support and add two more races and these are cycling and golf. these will be called the peace pledge races. We expect at least 1 200 participants in the marathon race, 100 cyclists and over 150 golfers to take part,” said Gondo.

He added that they this year’s event will see long distance runners set to compete in a 54km (main race), 10,54km and 5,4km fun run.

JM Busha 54 Races, aim “to see and have a peaceful, prosperous and united people of Africa and the world” hence it is held on Africa Day.

“We are challenging Africa to lead the way in peace and unity with sporting activities that will transform lives, initiatives that seek to unify disintegrated voices, full of love and passion. Transformation comes with responsibility and we are starting and mirroring the future as we launch the second phase in Zimbabwe with an extraordinary vision of 54 countries, 54 races, all on Africa Day, all for peace and unity,” Gondo said.

Meanwhile, three-time Comrades Marathon winner Stephen Muzhingi, who will be using the JM Busha 54 Races to prepare for this year’s Comrades Marathon in South Africa, has encouraged young people to venture into the sporting world if they dream of living the lavish lifestyle of Zimbabwean ministers.

He said there was a future to be irked from athletics and children ought to be given a chance to prove themselves.