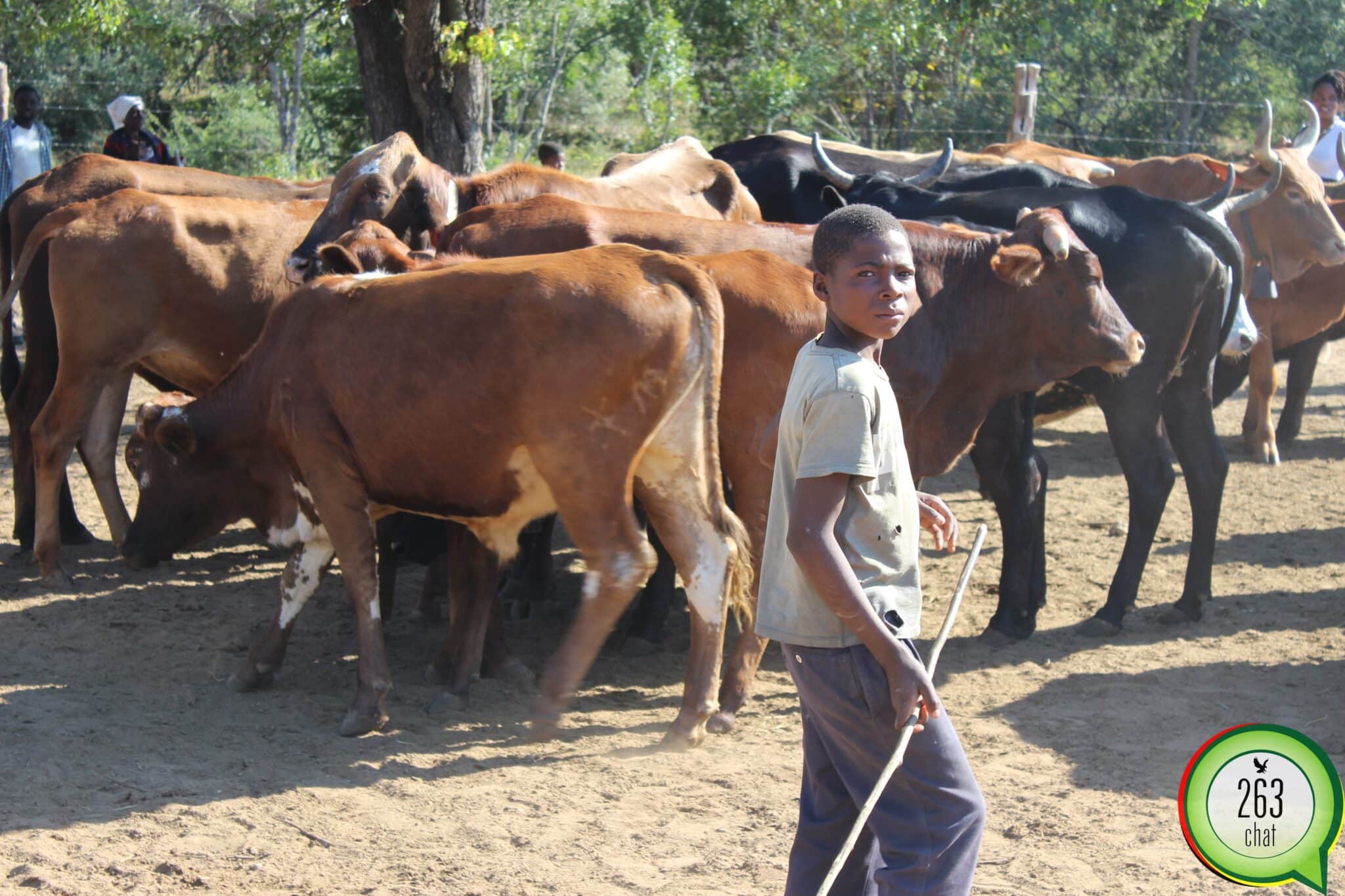 Successive droughts caused by poor rains are threatening to extinguish livestock and render Chipinge communities vulnerable to hunger and starvation, this reporter can reveal.

Considering that rural life is anchored on agriculture, without livestock, poverty can only worsen since farmers will not be able to till their land and do other duties that are solely dependent on the well-being of livestock.

According to Oyster Mtetwa from Huchenani village in ward 24 of Chipinge South, without livestock he is a poor man.

Sustainable Development Goals (SDGs) 1 and 2, which Zimbabwe are also signatory to, seek to end poverty for all people everywhere while ending hunger while achieving food security and promotion of sustainable agriculture.

“All the years before, livestock were assets that we could pride ourselves on but since from around 2003 when drought became an almost yearly routine, we have watched in agony as we lost herds of cattle due to critical shortage of pastures,” says Mtetwa.

He adds that most of the times, they have to sell their cattle to what he calls ‘makorofiya’ (cattle dealers).

“They offer us very low amounts for a beast and in most cases you would not be sure if it will survive until the first rains, so you end up opting for the little money you are offered than keeping something that may die anytime,” adds Mtetwa.

By 2030, government of Zimbabwe has committed to build the resilience of the poor and those in vulnerable situations, and reduce their exposure and vulnerability to climate-related extreme events and other economic, social and environmental shocks and disasters

Ending hunger and ensure access by all people, in particular the poor and people in vulnerable situations including infants, to safe, nutritious and sufficient food all year round is another target.

Angeline Mazodze from Chisumbanje says from a herd of 30 cattle they had in 2005, they are only left with eight as they continuously lose an average of five every year due to drought and rustling.

“It’s no longer safe to keep a large herd of cattle because you have to always supplement with hay but for  a poor villager like myself, I cannot afford that.

“When the rains come, most cattle will not be strong enough to plough fields and this means there will not be much activity,” says Mazodze.

This however worsens their food situation as they often lose out considering that rains have become very unpredictable and erratic.

“With such unpredictability you cannot afford to miss out when rain comes because you do not know if there will be another, so it is really a dilemma,” says Royco Magwegwe from Madhuku village.

It is such situations that resulted under the SDGs, in the commitment to double the agricultural productivity and the incomes of small-scale food producers, particularly women, indigenous peoples, family farmers … including through secure and equal access to land, other productive resources and inputs, knowledge, financial services, markets, and opportunities for value addition and non-farm employment.

‘’Sustainable food production systems and implement resilient agricultural practices that increase productivity and production, that help maintain ecosystems, that strengthen capacity for adaptation to climate change, extreme weather, drought, flooding and other disasters, and that progressively improve land and soil quality’’ cites the SDG on hunger.

Magwegwe adds that rural life without livestock was a nightmare as they cannot do a lot of duties like, ploughing, fetching water for those who live far from water sources as well as fetching firewood.

This is reinforced by Headman Karadzai Machona who says traditional leadership without a herd of cattle was a hard job as people will not listen to you.

“As villager leadership, we are expected to lead by example but without a herd of cattle which is the yardstick of wealth in rural communities. You fine a person for breach of tradition and the person will either use you as an example of how everyone is suffering or will not listen to you and say you are ripping me off to cover up for your suffering,” says Machona.

With such a situation becoming a common problem in many communities in the Lowveld part of Zimbabwe, village leaders have been urged to reserve certain areas for livestock feeding however with increased population; it is always a battle for land in communities.

While the talk has been about drought and poor rains, villagers have also struggled with water for their livestock. Lowveld areas do not have perennial rivers or streams that can act as a constant source of water.

Tawanda Mugorogodo from Matikwa village in Chisumbanje believes the reason why most boreholes are breaking down is over-use as people and livestock now depend on a single water source.

“The same boreholes that we use for household needs has to cater for livestock and you find that from around midday to late evening, under such circumstances, rate of breakdown is high,” says Mugorogodo.

He adds that when a borehole breaks down, problems worsen as they would have to turn to other villages to get water but this has often results in clashes.

“Usually when a borehole breaks down, it takes time to repair and that is the time when we lose most of our cattle,” adds Mugorogodo.

An agricultural economist, Dr Richard Hove noted that livestock farming is a big enterprise that farmers ought to take seriously by apportioning enough land for livestock feeding.

“Poor rains have become a routine especially in Lowveld areas and if they do not act, the situation may not change for the better any time soon, so it’s important for them to come up with mitigating measures so that they can protect their livestock,” said Dr Hove.

While efforts have to be made to ensure that Zimbabwe eradicates poverty and hunger, continued loss of livestock will actually make it difficult for any efforts by government to build communities’ capacity to be self-sustainable. And SDGs may remain but a paper tiger.

We Are Trustworthy: ZEC