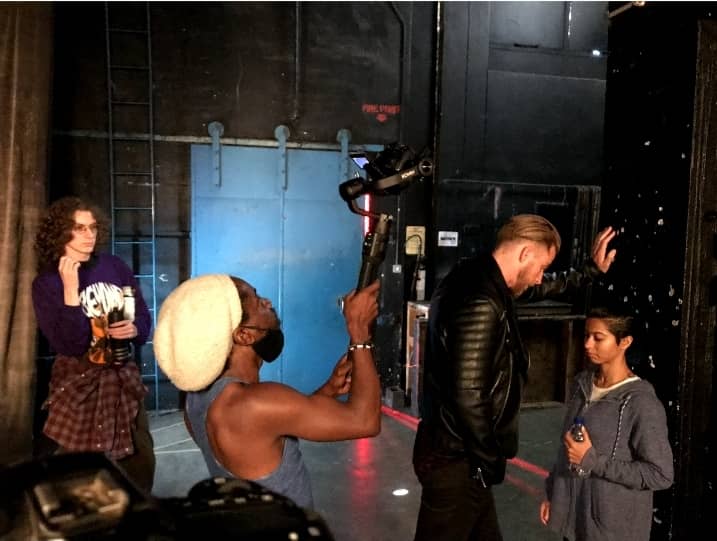 A local film that explores the themes of ‘sexploitation’ and mental harassment is set to première later this month.

Producer, Connor Zephlen said in an interview that the film was a result of personal experiences.

“Good film productions are a mirror of what happens in their societies, or based on personal experiences so I believe the storyline on Cruel Joke is a reflection of what is happening in our society where we are seeing some personal decisions coming back to hit one on the face.

“The inspiration came from my personal experiences, being pushed by the universe to make decisions that at the end blew up in my face. Although I made the right decision I felt punished for making that decision,” she said.

Cruel Joke, shot in Harare and set to be screened later this month, inspires the audience to stand up against harassment.

“A goal of mine while making the film has been to show viewers the power they hold to either stand up against targeted harassment or allow it to continue. The film can be seen as a call to action to stop harassment,” said Zephlen

Added Zephlen; “My motivation for this film was telling a story about transformation, I drew from my own experiences and experiences of girls I’ve known in the past to create something that could be interpreted in several ways and related to by many different people.”

The 22-year-old film maker said Cruel Joke, which was produced under the guidance of the Accountability Lab Zimbabwe Film Fellowship, also tackles accountability.

“Accountability plays a huge part in my story, specifically collective accountability. The film speaks to the role a group plays in preventing and stopping targeted harassment and addresses themes of sexploitation and the mental toll harassment takes on an individual, she said.

Turning to future productions Zephlen said she has a number of films lined up.

“Please keep an eye out for future productions from me, I will be creating work in the horror genre that highlights women and issues of mental health,” she said.

The Film Fellowship, a joint initiative between Accountability Lab Zimbabwe and Magamba Network is an annual fellowship for young filmmakers in Zimbabwe who have an interest in social justice and accountability issues.