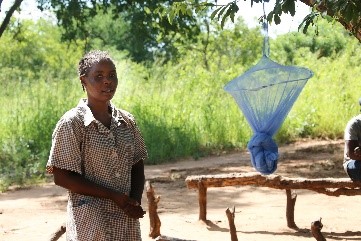 The intense Cyclone Idai which caused flooding, destruction and subsequent displacement of the affected population into temporary holding camps, left people at risk of malaria in the eastern parts of the country.

Addressing a press conference in the capital recently, the Acting Permanent  Secretary Doctor Gibson Mhlanga said there was an increase in Malaria cases reported this year compared to last year during the same time.

“This years weather changes which alternated between long dry periods and wet periods created conducive breeding environments for mosquitoes thereby threatening to reverse the gains made from the previous years,” said Dr Mhlanga.

“This was far worsened by the by the torrential rainfall from the 15th to 17th of March 2019 caused by Cyclone Idai,” added Dr Mhlanga.

Dr Mhlanga urged  communities to seek treatment for Malaria whenever they see the signs and symptoms as malaria can result to death.

“So far we have been larviciding stagnant water bodies around the affected areas in Manicaland to prevent another disaster from happening,” said Dr Mhlanga.

The Ministry of Health and Child Care extended their gratitude to WHO, UNDP, Global Fund, and all other partners for their continual support through technical assistance, financial and material resources in their quest to fight Malaria.

I Used Sex Tape Leak In My Favour: Pokello