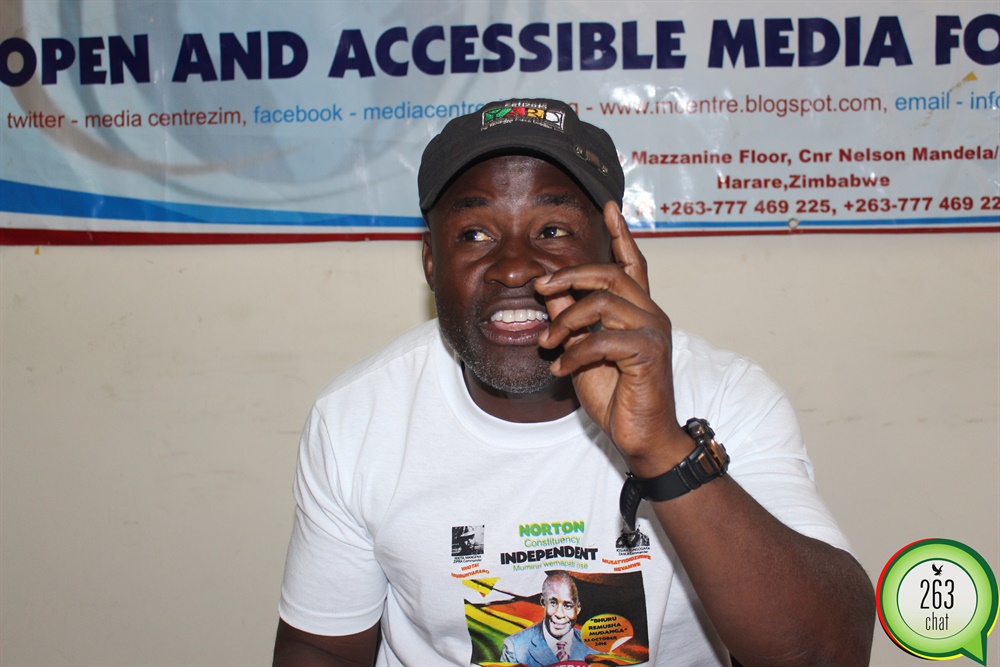 Outspoken, Norton independent legislature Temba Mliswa has endorsed the 31 July demonstration against corruption saying it resonates with he has been pushing for in parliament though he castigated citizens for being passive and reluctant to stand up against such excesses.

Posting on Twitter today, the firebrand politician hailed the protest as a good initiative as corruption was destroying the country.

“I’m also in support &endorse the anti-corruption March slated for #31stJuly. I have been pushing the same issues as a legislator in Parliament. Much of what I have done in Parliament is to represent people but they have largely remained passive, scared& reluctant to stand up,” said Mliswa.

Transform Zimbabwe leader Jacob Ngarivhume who is spearheading the 31 July action urged citizens to show up on the day to ensure the event is a resounding success.

“#31july Lootersmustgo vs ZanuPFmustgo. Whatever camp you’re in; we are all on the same side. The important thing to do right now is to knock on doors, spread the word and show up on the day. What will happen on this day is dependent on how many people show up. God bless,” said Ngarivhume.

Former Zanu PF Youth Commissar who now fronts an anti-corruption pressure group, Godfrey Tsenengamu has also pledged to the call for action on the 31st of July.

Meanwhile, the ruling Zanu PF has accused a militant group Tajamuka and Tsenengamu of forming an “unholy alliance” to stir up a mass uprising to unseat President Emmerson Mnangagwa.

“Our party detractors continue with their anti-establishment agendas. The party is aware of the plan for mass protests (on July 31) being organised by the MDC Alliance renegades: Tajamuka, the Front for Economic Emancipation of Zimbabwe being led by the expelled youth commissar Godfrey Tsenengamu and other media protagonists,” said Zanu PF Secretary for Administration Obert Mpofu.