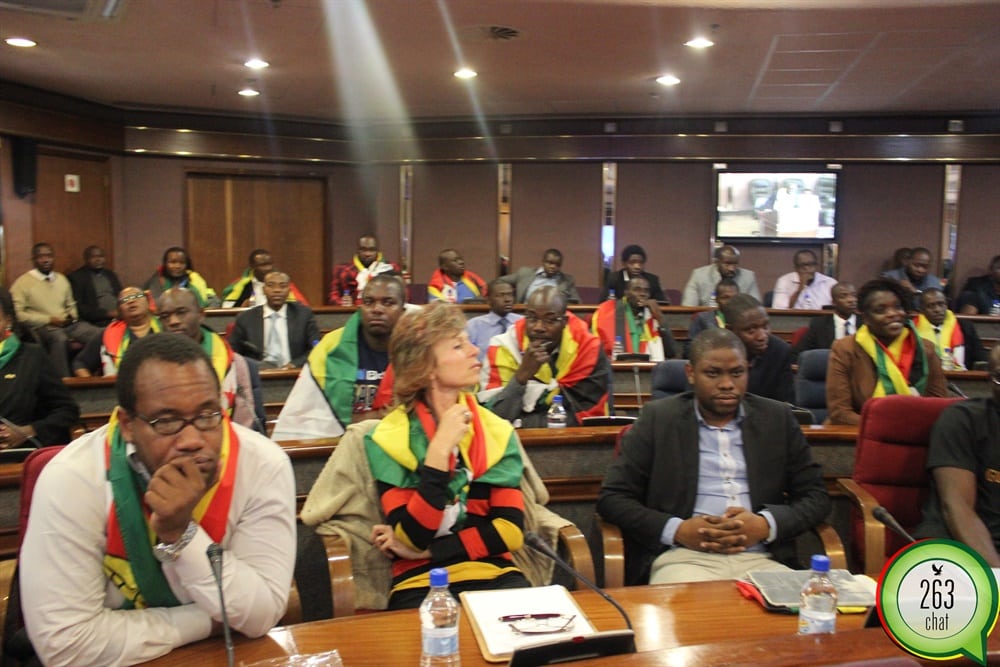 Crisis in Zimbabwe Coalition has begun an ambitious campaign dubbed #SayNoToBondnotes which seeks to educate Zimbabweans on why they should reject bond notes.

According the organisation’s Youth Committee chairperson, Claris Madhuku, the campaign will spread to every part of the country contesting efforts by the Reserve Bank of Zimbabwe to popularize Zimbabwe’s surrogate currency of the US Dollar.

“The campaign is for everyone because we want to teach people how the bond notes are going to affect and worsen the economic situation in the country,” said Madhuku.

When asked if the campaign is going to be of help in blocking the bond notes, Madhuku said his organisation is convinced that the campaign will block the already resisted currency introduced as an export incentive adding that the government will not succeed in forcing bond notes on the people.

He blasted the government saying bond notes is a government strategy of continuing to do corrupt activities and is a sign of desperation.

Meanwhile, in a statement, Crisis in Zimbabwe Coalition Advocacy Committee led by Marvelous Micheal Khumalo hinted that they are filing a court challenge against President Mugabe’s decision to use unconstitutional means to gazette bond notes.

“We maintain that the cash shortages in Zimbabwe are symptoms of policy failure and that the Government of Zimbabwe should address the economic fundamentals first that include competitiveness, anti-developmental corruption, the high costs of production and revisit the investment laws including the indigenization framework,” reads part of the statement

Khumalo said absence of accountability channels for citizens to monitor RBZ against wanton printing of money raises fears that they may exceed the reported USD200 million dollar loan facility from Afreximbank.

This campaign follows another meeting organised by different civil society organizations to lobby for the rejection of bond notes.

Entire Zanu PF leadership is corrupt and must resign: PDP

CCDZ Officer arrested while handing over a petition to Harare Mayor