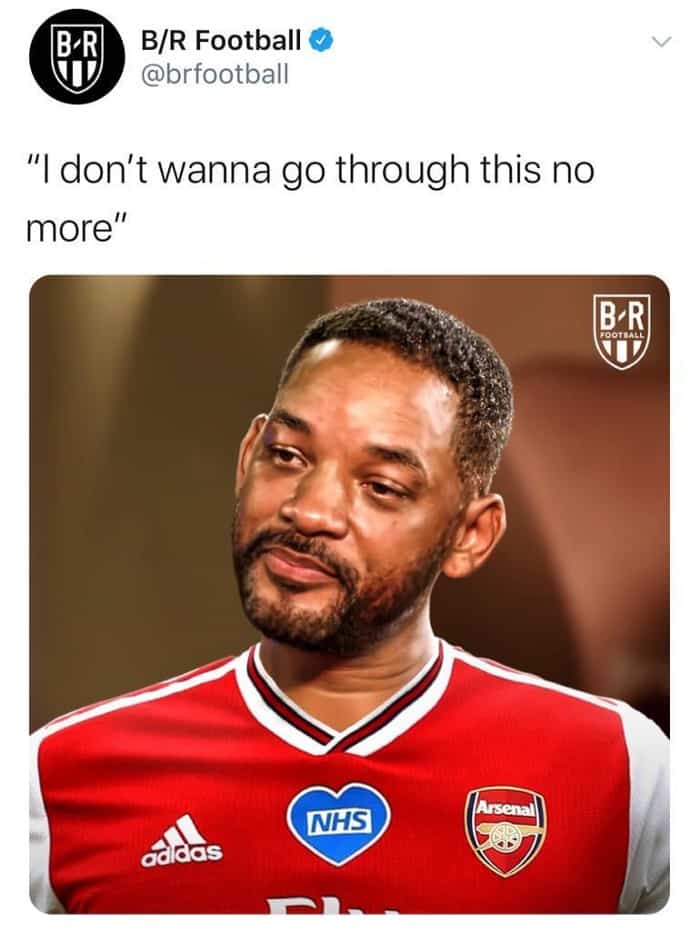 Arsenal — Make no mistake about it, after that loss, i found it really hard to watch any weekend game. I became a member of the “highlight gang’. Arsenal sucked the joy right out of football for me. The performance was woeful, and that your best players are teenagers is shocking. To move foreward Arsenal need to get rid of Arteta, its time to for him to go. Auba and Lacca both didnt start. Apparently both of them are sick, AT THE SAME TIME. Something is fishy here. The Gunners are a mess and I reserve the right to change my prediction for them from 5th to fighting relegation as long as they keep Arteta. #ArtetaOut.

UTD — Ugh, I hate to say it but those muthaf***rs looked good man. Pogba had 3 assists all of last season and ended this game with 4. Pernandez scored a hat trick. I mean WTF!! UTD looked so fluid, so good going forward, and they did it without even starting any of their new signings. Leeds signed no one this off season. Pretty much the same team, and they looked a shell of themselves. They need some new blood otherwise they might have that second season syndrome and drop back down to the championship. Shout out to Mctominay, who looked amazing in this game. Maybe UTD don’t need that world class DM.

City v Sp*rs — I said I wouldn’t talk about Sp*rs this season, well, only took one game to tell me I might have to rethink that. New Manager and he has changed things in 6 weeks he has been there. Now lets not get carried away, City created chances, loads of em. But they do not have a striker to put those chances away. Most all of City’s players also played in the Euro’s or the Copa, so they looked rusty AF. The pummeled Sp*rs and just couldn’t find a breakthrough. Sure Sp*rs to their credit got the goal, Son doing his best Harry Kane impression, but outside of that they maybe had one or 2 more clear cut chances. City will recover but they really need a Harry Kane. Will they spend the money to get him? 150 mil ain’t no joke.

Liverpool — They are BACK. VVD like a new signing, Mo Salah and Mane looking like their old selves. The midfield looked a little light with Winaldum gone, but Milner, Keita and Chamberlain were good enough to beat what was in front of them. Fabinho will add the much needed steel in midfield, he didn’t even start, another Copa America guy just getting back to full fitness. Still the Reds looked good, I am concerned about their bench and how they will handle that loss in midfield against better opposition. Good start none the less.

Chelsea beat Palace, who I have pegged for relegation. A routine 3–0 win WITHOUT Lukaku. That dude must be licking his lips at the prospect of facing a SHIT Arsenal next week. If he leaves his Timbaland boots at home he will score 6 past the Gunners. Still Chelsea were dominant and without a striker (sorry Timo) still put away goals. What a strike by Chalobah though. I think with Lukaku, Chelsea have to be the favorites to win the league. City were rusty but no striker means Chelsea edges it for me.

Too early for rankings, but UTD fans will murder me if I don’t. This is their chance to get rid of the “player fucking 2” name.

Youth Key To Development In SADC