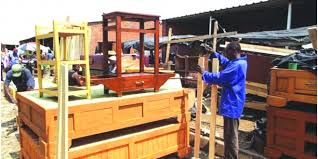 The decrease in new daily infections of the coronavirus across the country since last week has brought optimism among economic actors who are eager to see the return to normalcy in business operations, 263Chat Business has gathered.

Under the current level four regulations, business operating hours have been restricted to between 8am and 3.30 pm while curfew starts at 6.30pm until 6am.

Workforce on the premises of non-essential entities and businesses is limited to 40 percent- all affecting business operations.

However, since last week, average daily infections have declined to below 500 on average -the first time since the start of the third wave- from peak levels of around 2000.

This is sweet new for business operators, mainly among the small to medium business (SMEs) players who are among the worst hit by the pandemic.

“It’s a welcome development that cases are now declining and it points to us having gotten over the worst of it. I think the vaccination program has been the biggest factor in reducing the infections and the general improved awareness by the masses,” said SME Association of Zimbabwe executive officer, Farai Mutambanengwe.

“We are optimistic this will improve business as authorities might be compelled to open up the economy and enable people to work more hours. The level of damage to business cannot be overemphasized,” he said.

Last week, President Emmerson Mnangagwa extended level four lockdown by another two weeks as part of government efforts to contain the spread of the pandemic.

A vigorous vaccination exercise spearheaded by the government has also been widely praised for tackling the spread of COVID-19.

Yesterday the country recorded 235 new cases against 566 recorded the previous day. This was however been a major decline compared to 2 265 on 23 July for instance.

“We are having little time at office because of the lockdown. Its great news to hear that cases are declining maybe this can get us back to normality,” Oliver Ruzvidzo, a cellphone accessories traders said.

However, there are warnings of a fourth wave coming if public awareness falters due to the gains recorded to date in the fight against the pandemic.

Economists however, remain positive of the outlook given efforts being taken by government in the vaccination rollout and some solid macro-economic gains witnessed in as far as managing inflation is concerned.

“As anticipated, the third wave is slowly drying out and this is positive for the economy in general especially now that inflation is slowing as well. This will create a fertile ground for business activity once the economy is fully re-opened,” said economic analyst Pepukai Chivore.