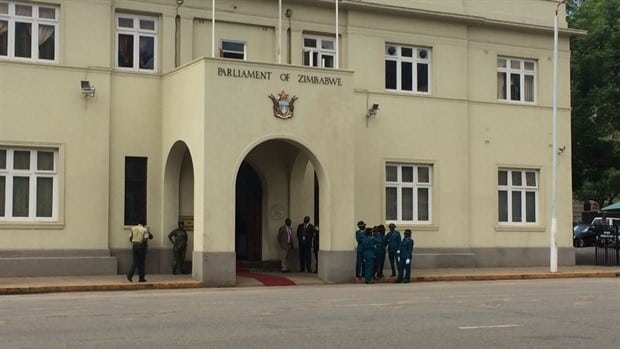 MUTARE- Government must first implement progressive constitutional provisions which mainstream women empowerment in both public and private sectors before amendments, a civic organization has said.

Transparency International Zimbabwe said the proposed Constitutional Amendment Number 2 seeks to extend equity when women are guaranteed equality by the law, a provision which has not been fully implemented.

TIZ programs manager Samuel Matikiti made these remarks during a virtual launch of the report of a 2019 study conducted by TIZ which highlights how corruption has significantly impacted negatively on the livelihoods of women.

He said the biggest challenge that nation faces in empowering women, was the lack of implementation of good policies, both in the private and public sector resulting in less representation of women in decision making positions.

Matikiti called for national introspection on strides made to empower women, a national constitutional imperative, saying proposed amendments seeking to extend the women’s quota system is symptomatic of a general failure to implement good policies.

“It has been a challenge in Zimbabwe over the years where we are saying our constitution speaks a lot around issues to do with equality, which is the 50 50 provisions in terms of representation of women.

“However when it comes to implementation of these provisions we  are still lagging behind as a nation, it is not just government so to say but even if you try to look across all political parties that we have, they also lag in terms of equality in terms of women and men.

“We need to look at ourselves as a nation and see how far we have gone to ensure that at least we implement that quota system to begin with, so that women can be represented at national levels,” he said.

On the findings of the report which details how women are disproportionately affected by corruption in comparison to men, Matikiti said this called for gender mainstreaming across sectors.

Matikiti said constitutional amendments alone cannot drive down these gendered impacts of corruption, as he called for an increase in women representation in both the public and private sectors.

“This is not limited to government only, be it in the private sector because there was no that implementation of equality, so if it remains as it is, with little or no implementation again we will still have these challenges where women are being affected most,” said Matikiti.

In the first edition of the study “Gender and Corruption”, TIZ piloted an in-depth exploration of women’s experiences in relation to corruption, in relation to other broader challenges of gender-based violence across social, political, economic and cultural spaces in Zimbabwe.

The findings show that while gendered dimensions of corruption characterize all socioeconomic and political spaces in Zimbabwe, there is a general belief that with more women in decision making positions there would be less corruption.

TIZ also notes that despite the great strides taken by Zimbabwe in advancing gender equality through the establishment of various institutional, legal and policy frameworks, there is more to be done.

Through this report by Transparency International Zimbabwe seeks to make a contribution to the fight against corruption in Zimbabwe, particularly gendered forms of corruption as well as advocate for the main-streaming of gender in anti-corruption strategies.

“Unequal power relations between women and men make women more vulnerable to the impact of corruption.  Corruption continues to exacerbate the uneven power dynamics between men and women, including when it comes to access to resources, decision-making, information and other areas.

“The study also sought to find out the respondent’s views pertaining to the view that having more women in positions of power and authority would result in less corruption…shows that 58.9% of the respondents were of the view that having women in positions of authority would result in there being less corruption.

TIZ appealed to the Zimbabwe Anti-Corruption Commission (ZACC) and other institutions fighting corruption to place gender at the core of their actions, through a gender and corruption policy framework that prioritize forms of corruption which impacts on women.

TIZ also called for the increase in equitable participation of women in governance, public decision       making and social accountability processes, across both private and public sectors.