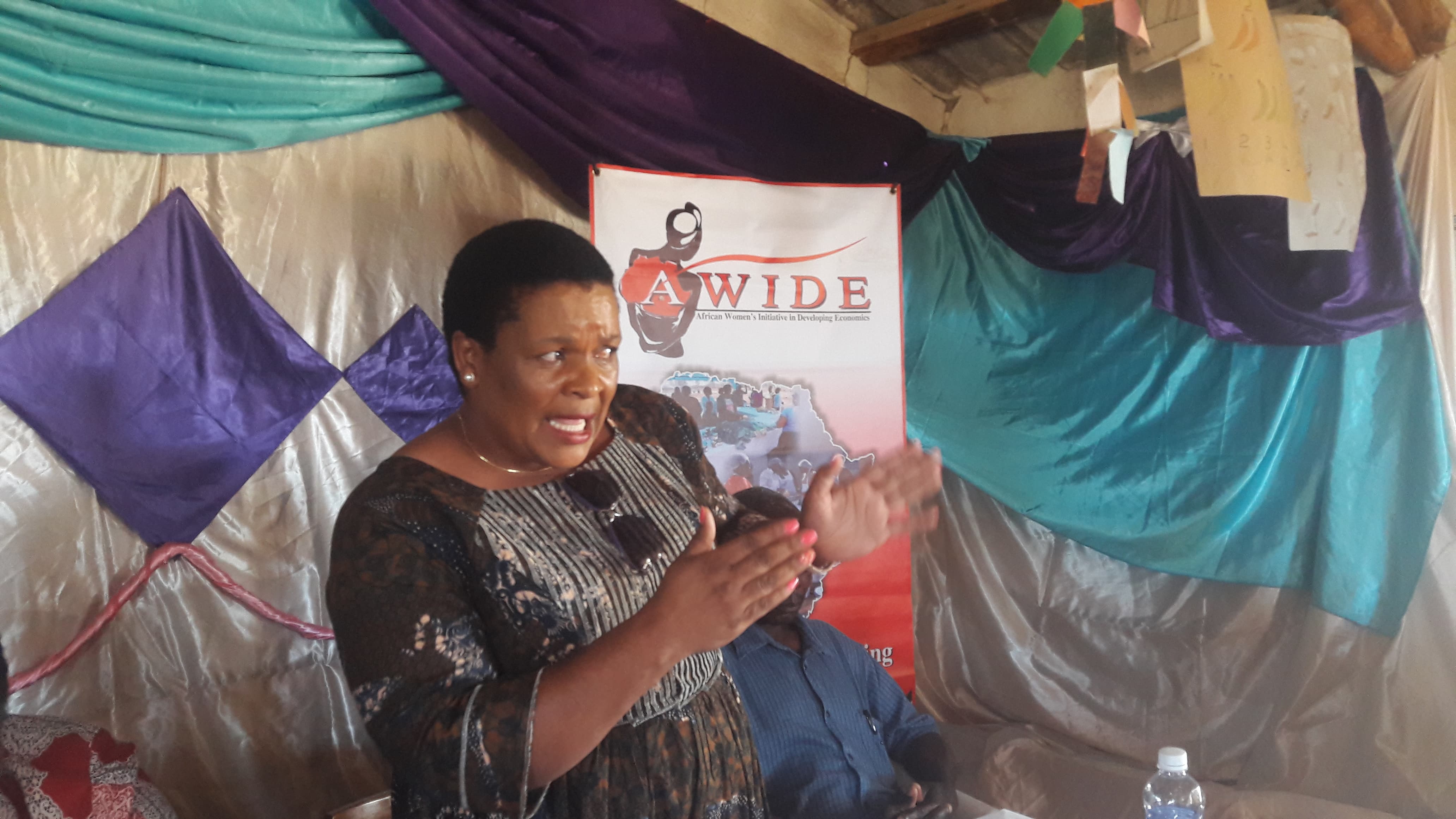 Share
Member of Parliament for Nyanga North constituency, Chido Sanyatwe has called on the government to look for ways of attracting investment in Nyanga in order to curb high levels of unemployment among youths.

Sanyatwe made the remarks while addressing women in Horticulture at a meeting organised by African Women’s Initiative in Developing Economies, Zimbabwe last Friday.

During the meeting, some of the women had raised concerns over high unemployment among the youths.
“Indeed most of the young boys and girls in this district are unemployed regardless of the fact that we have vast natural resources such as gold and timber.
“We also have a number of potato farmers here but our raw materials are transported to Harare and other towns for processing. The government must encourage investors to build industry in Nyanga so that we create employment for locals.
“It is our hope that the government also provide us with loans so that youths can be assembled into groups and work together to boost Industrial development in Nyanga and at the same time, creating employment. Our dream is that furniture and potato chips be processed here in Nyanga,’’ she said.
The area boasts of natural resources which, if properly utilized, will develop it into a world tourist hub thereby creating more employment.
Sanyatwe bemoaned the exploitation of gold by illegal gold panners saying they repatriate profits outside the district.
“Currently our gold is being smuggled by illegal gold partners, as a result, is not benefiting the local communities. We also want government, through the relevant authorities, to facilitate easy access to mining rights to our local youths,” Sanyatwe said.
She urged the women in Nyanga to register for the land redistribution programme that is currently underway.
“Currently, there is a government programme meant to trim large portions of land from those with large hectarage and redistribute. During that process, first preference will be accorded to those who are on the waiting list. So, I encourage you all to apply at the District Administrator’s office now either as individuals or as a group,” Sanyatwe said
Nyanga
Share FacebookTwitterGoogle+ReddItWhatsAppPinterestEmailViberLinkedin