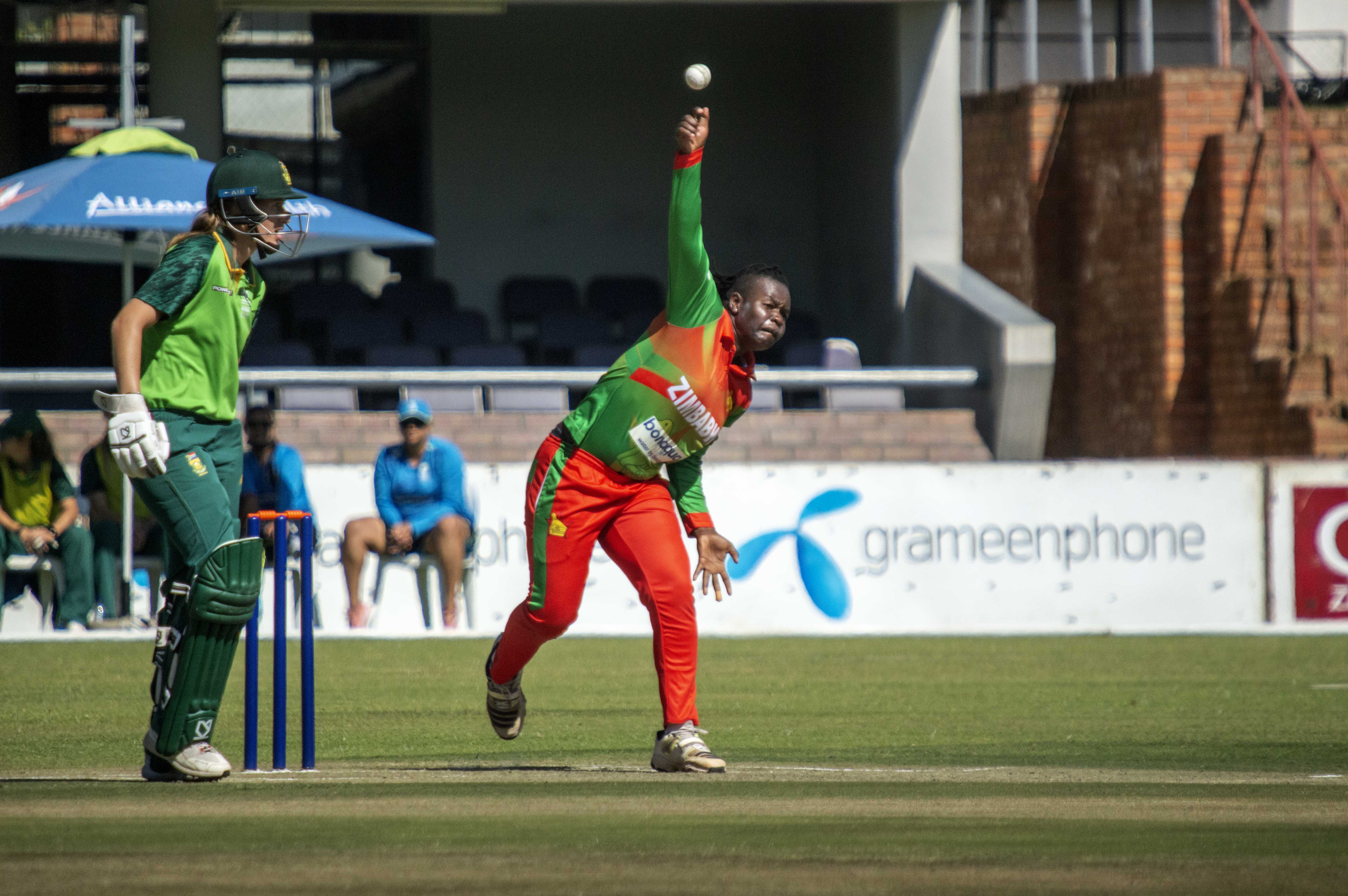 Josephine Nkomo scored a magnificent unbeaten 70 but, unfortunately, her captain’s innings was not enough to save Zimbabwe Women from going down to a 32-run defeat at the hands of South Africa Emerging Women in the first one-day match at Queens Sports Club in Bulawayo on Tuesday.

After winning the toss and putting the tourists in to bat first, the hosts opened their bowling with Nomvelo Sibanda and Esther Mbofana against Andrie Steyn, the skipper, and Tazmin Brits.

The South African side lost their first wicket with 37 on the board when Brits was bowled by Tasmeen Granger for 11 off the first ball of the eighth over, having faced 20 deliveries.

Soon after the tourists brought up their fifty, Granger struck again as she had Robyn Searle (7) stumped by the wicketkeeper Chiedza Dhururu; 51 for two in the 12th over.

On the other end, Steyn continued to impress, getting a single off Lorryn Phiri off the 66th ball she faced to reach her own fifty, which included six boundaries.

Steyn and Nondumiso Shangase put up an 85-run stand for the third wicket before, at 136, the latter was caught by Sibanda off the bowling of Precious Marange in the 32nd over, having scored a valiant 43, with five fours, off 70 balls.

The team 200 was passed off the last ball of the 44th over and in the next Steyn brought up her century, with nine fours, off 132 deliveries.

However, off the next ball she perished, on 100 exactly, when she was run out by Pellagia Mujaji after Anneke Bosch called for a risky single; 207 for four in the 46th over.

In the very same over, Marange reduced South Africa Emerging Women to 208 for five after she trapped Delmi Tucker lbw to send her back to the pavilion for a duck.

Next in was Tebogo Macheke but she only made one run off seven balls before she was out caught and bowled to Granger; 212 for six in the 48th over.

Bosch finally fell in the final over after she was caught off a Sibanda delivery for a brilliant 46, which included four fours and one six, off 47 deliveries.

The innings came to an end for a total of 232 for seven wickets, with Masabata Klaas and Michaela Andrews both unbeaten with six and four respectively.

Granger was Zimbabwe Women’s most successful bowler with three for 44, followed by Sibanda with two for 46, while Marange was the most economical with one for 33 – each of them bowled 10 overs.

Dhururu and Modester Mupachikwa opened the batting for the home side, getting six runs off the first over bowled by Klaas.

However, the pair was parted in the next over when Andrews had Dhururu caught by Steyn to depart for five; 14 for one.

Mujaji came in next but could only contribute seven before she was caught by Bosch off Andrews, reducing Zimbabwe Women to 34 for two in the 10th over.

The hosts were then left reeling at 57 for three in the 15th over after Mupachikwa was dismissed for 29, with three fours, off 45 deliveries.

Christabel Chatonzwa and Nkomo however struck up a productive partnership of 50 runs for the fourth wicket that stabilised the innings and brought up the team 100 in the 31st over.

At 107 in the 34th over, Chatonzwa, having faced 62 balls, fell for a worthy 26 that included three boundaries.

Marange came in with Zimbabwe Women now needing 126 runs from 98 deliveries at nearly eight an over.

She clearly understood the task at hand: Marange got off the mark with two runs and in the next over she carted Andrews over the boundary for the innings’ first six.

Her stand with Nkomo yielded 73 runs as the home side fought hard but the required run rate unfortunately kept galloping up.

Marange’s fearless innings was finally brought to an end after she had scored a 42-ball 41, including two fours and two sixes.

Zimbabwe Women were now down to 180 for five, needing 53 runs from 21 deliveries.

Nyasha Gwanzura’s cameo produced 11 runs from as many balls as she and Nkomo saw out the innings without any further loss, but it was too little too late as the home side could only muster a total of 200, falling short by 32 runs.

Nkomo finished with 70 not out, a very impressive performance with the bat that saw her facing 113 balls and scoring six boundaries.

Andrews claimed three scalps, while there was a wicket apiece for Jané Winster and Klaas.

The two sides will meet again in the second one-day match at the same venue on Thursday.