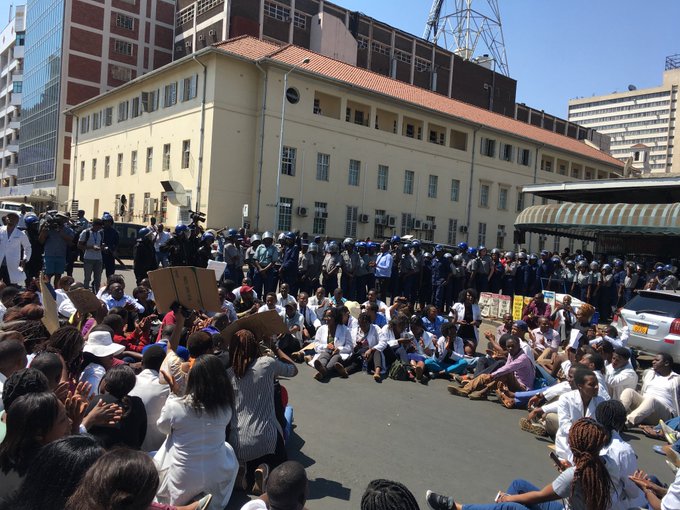 The striking medical doctors have turned down the financial assistance from Strive and Tsitsi Masiyiwa’s Higherlife Foundation saying the time frame and terms and conditions surrounding the offer does not make it a viable long lasting solution to their incapacitation.

Higherlife Foundation offered to pay the striking doctors ZWL$5000 per month for six months, smartphones and taxi services to and from home, as part of efforts to end the strike that is nearing 90 days.

In a press statement, the Zimbabwe Hospital Doctors Association (ZHDA) said that it appreciated Higherlife Foundation’s efforts, but warned that if the government fails to address their grievances they will not return to work.

The doctors said they met with a representative from Higherlife Foundation (HLF) to deliberate on their offer of financial assistance.

“It was concluded that in as much as the support from HLF is welcome, it does not address completely the demands of the doctors for a salary whose value is preserved despite soaring inflation as well as the provision of adequate and appropriate tools of trade,”

“It was posited that the offer from Higherlife may be reconsidered once the standoff between ZHDA and the government has been resolved. This recognizes the sincerity of the donor group and its desire not to interfere with the negotiation process,” noted ZHDA.

The meeting between Mnangagwa and Catholic bishops agreed that the 500 doctors sacked by the government for going on strike since September 3 will be allowed to return to work without conditions.

But ZHDA said while they appreciate the efforts by the bishops, its members will not return to work if government fails to address its grievances.

ZUPCO Takes Its Tap And Go Card To Mutare