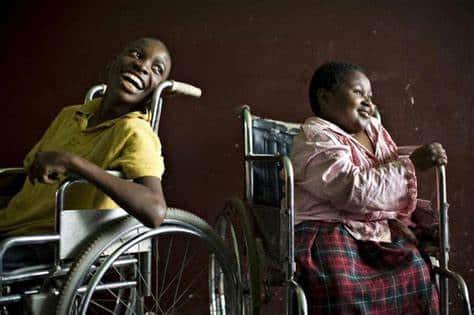 A first of its kind Disability Rights Moot Court meant to identify gaps within Zimbabwean legal frameworks that hinder women with disabilities, survivors of sexual abuse and violence from accessing justice will be launched in Masvingo this month, 263Chat has learnt.

A brainchild of the Institute for Community Development in Zimbabwe (ICODZIM), the moot court competition will see four higher learning institutions taking part.

The University of Zimbabwe, Ezekiel Guti University, Midlands State University and Great Zimbabwe University’s Herbert Chitepo School of Law, who will play host, will be taking part in the pioneering project.

ICODZim Communications and Advocacy Officer, Elinera Manyonga TOLD 263Chat that the organisation seeks to improve access to justice for women with disabilities who are often sidelines or frowned at when their cases are brought before the courts and in the end, their rights to equal justice are not realised.

“The aim of the moot competition is to try and bridge the gap in access to justify by women with disabilities. Hence why law students from the mentioned universities will be participating.

“(The idea was brought about) after the realization that women with disabilities still face numerous barriers such as communication barriers (most if not all health facilities in Zimbabwe do not have sign language interpreters and IEC  materials in braille), distance barriers, attitudinal barriers, building barriers (some health facilities have stairs but do not have elevators as well as ramps) in accessing their Sexual Reproductive Health Rights services,” Manyonga said.

The intersection between the Convention on the Rights of Persons with Disabilities (CRPD), and the Convention on the Elimination of All Forms of Discrimination Against Women (CEDAW), both address legal capacity, access to justice, equal recognition before the law, gender and disability stereotyping, state due diligence obligations, among other issues.

CRPD Article 6 adopts a gendered lens recognizing the multiple and intersecting dimensions of women’s lives and Article 12 requires equal recognition before the law or legal capacity.

CEDAW Article 15 requires states to ensure that men and women have equal access to the legal system, ensuring legal autonomy.

Because women with disabilities have rights under both CEDAW and CRPD, State Parties have a due diligence obligation to afford them the full and fair legal capacity, and access to the justice system.

ICODZim, Manyonga said, designed a project to promote the uptake and access of SRHR services by women and girls with disabilities.

“Seven months into the project now, ICODZIM discovered that women with disabilities suffer from sexual violence and abuses but most of their cases go unreported and in most cases do not receive fair justice because law officers stigmatize and stereotype them.  One other major challenge which barricades women with disabilities from fully enjoying their constitutionally granted rights to health services and justice is poor inconsistent policies,” she added.

Despite Zimbabwe having made progress in promoting women’s rights over the years, Manyonga said there are still gaps that need special attention in order for the country to fully realise its mandate of emancipating women.

“The main reason is to unravel and bring to attention the sad, uncouth and uncivilized reality that even after the Beijing conference, 41 years of Independence and an amended Constitution, WWDs ars still not getting fair access to justice and their SHR rights are severely compromised,” she noted.

The Best speaker at the competition will get his or her semester fees paid for by the ICODZim and will walk away with books on Disability Rights and a floating trophy while the winning university will also get a trophy, prize money and books on disability rights.

Manyonga said ICODZim remains committed to lobbying, advocating and championing the rights and fair opportunities for people and women with disabilities.

“We will leave no stone unturned in achieving this and we will roll out more dynamic, progressive and inclusive programs in our endeavour to achieve our vision and consolidate it,” she added.

In addition to the types of abuse faced by all women and girls, those with disabilities are also at risk of forced or coerced institutionalization; forced abortion and/or sterilization; denial of medication, mobility aids or communication equipment; and intentional neglect or the threat of withdrawal of care, among other risks.