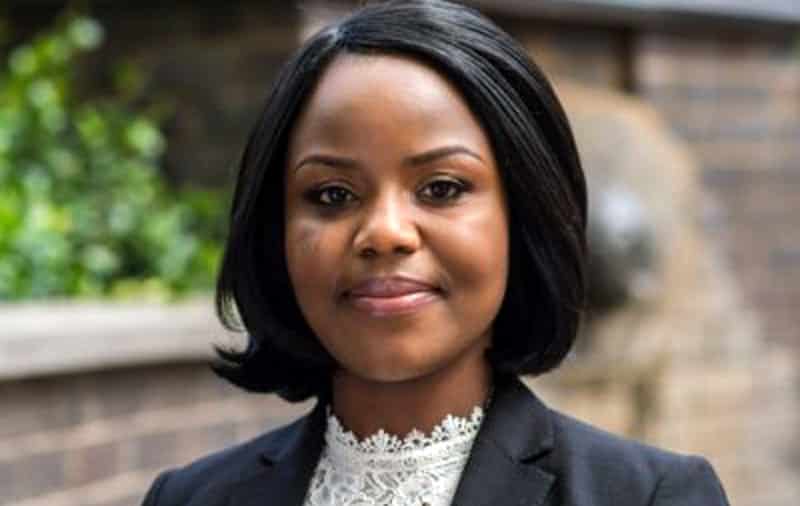 MDC Alliance national spokesperson, Advocate Fadzayi Mahere has been arrested and charged with violating Section 31 of the Criminal Code.

According to the Zimbabwe Lawyers for Human Rights, Mahere is facing charges of peddling falsehoods following a tweet that alleged police had beaten an infant to death while enforcing Covid-19 lockdown rules last week. Police later said the information was false.

ZLHR said Mahere is being charged with violating Section 31 of the Criminal Code, the same charged used to arrest journalist Hopewell Chin’ono and legislator Job Sikhala.

“Police have proceeded to charge @advocatemahere with violating sec 31 of the Criminal Code. She is at Harare Central Police Station. More details to follow. Broad charge against @advocatemahere is sec 31 of Criminal Code ‘Publishing or communicating false statements prejudicial to the state’ she is accused of – sec 31(a)(i) publishing or communicating a statement intending or realising risk or possibility of inciting or promoting public order or public violence or endangering public safety, with alternative charge, sec 31(a)(iii) – undermining public confidence in law enforcement agency.” wrote ZLHR

Meanwhile, the MDC Alliance has castigated the arrest of the trio and accused the ruling Zanu PF of abusing state institutions to persecute opposition leaders and human rights defenders.

“The Zanu PF government is abusing state institutions by continuously persecuting opposition leaders and human rights defenders. We reiterate the people’s President Advocate Nelson Chamisa’s sentiments that the arrest pertaining to non-existing crimes represents dictatorial rule, severe abuse of power and an attack on the rule of law. Persecution through prosecution reflects authoritarian consolidation rather than democratization,” said Hlatywayo in a statement.

He added “It must be highlighted that this recent spate of arrests targeting Hon. Job Sikhala, Advocate Fadzayi Mahere and Hopewell Chin’ono is illegal as is it premised on charges that were long declared unconstitutional by the highest court in Zimbabwe. It is pure law-fare targeted to terminally bleed the democratic contingent considered to be holding different views from ZANU PF.”

In Pictures: Sikhala And Chin’ono At Harare Magistrate Court