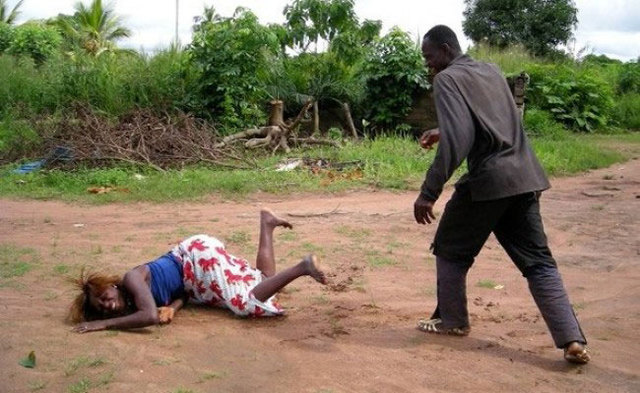 The announcement by President Emmerson Mnangagwa on the extension of the national lockdown by a further 14 days came has brought with it a number of challenges for women.

This is so because the first phase of the 21 days that has just expired recorded chilling, worrying and sad stories of gender based violence targeted at women.

This report summarises our observation on how the 21 day lockdown period fared in terms of human rights abuses, especially those that violated girls and young women in Chipinge district.

We make this contribution under the banner of the Platform for Youth and Community Development, an organisation which deployed and supported our work inclusive of the interviews we have done with the public.Our work was boosted by other PYCD Gender Activists who are documenting in 20 out of 38 wards of the district .

PYCD has so far recorded 110 cases of Gender Based Violence characterised by physical,economical and emotional abuse.In our basket are cases of rape,termination of pregnancy,wife beating,neglect of minor children without food,locking spouses in rooms,attempted suicide and forced marriages among others.These statistics documented over 21 days are almost double the average of 62 cases the organisation usually receive per month .Our records reveal unprecedented abuse that is happening behind closed doors at the expense of mostly, girls and young women.

The period under review has disqualified the assumption that the lockdown period was going to provide more family time for couples and siblings to bond.We were wrong because It became a hideout period for perpertrators of gender based violence to dodge gatekeepers and law enforcement agencies.We are more worried that the next 14 days that have been extended will be armageddon and hell for women if no lessons are learnt and applied from our observations.

The lockdown has not only increased marital tension due to infidelity and mistrust but also exposed the weakening ties of extended families who are suffering from lack of economic activity and poverty.

In one of the cases recorded from ward 26 of Chipinge South,a pregnant married woman suffered miscarriage after her husband retaliated a confrontation she made with his concubine .It was a nasty fight rescued by neighbours when she challenged the husband who was failing to provide for the family budget during the lockdown.

We established that the 35 year old man is self employed and owns a Honda Fit that plies between Chiredzi and Checheche while the wife is a vegetable vendor at Checheche growth point.Due to the lock down, neither of the two are able to get the daily incomes characteristic of their informality .The man has been emasculated and unable to prove his role as the bread winner.The cause of their fight and us explainable as an escape of emotions associated with the economic reality of their situation caused by the lockdown.

In yet another case, a 28 year old Tuzuka man is now in the hands of the police at Chisumbanje after pouncing and raping minors who would be in his custody during this lockdown under the pretext of helping their families spiritually. This rapist has been taking advantage of limited movement in the area as most people are staying at their homes in compliance with the lockdown restrictions.This environment has allowed the man to operate unhindered until his luck was lost the day he pounced on a 9 year old victim who spilled the secrets to her parents.Justice will wait for the rapist to be jailed as courts will only take emergencies until after the lockdown.

The lockdown has presented extra economic and social pressures that stimulates violence.Women and children become outlets of misplaced anger and aggression.

These observed cases and statistics as presented in our report are alarming considering that there is a lot happening without being reported.Well established organisations like Women Coalition of Zimbabwe and Musasa project have also confirmed in their reports that statistics of Gender Based Violence have been high and under reported due to the fact that most victims are always in a weaker position that makes reporting more risky as it puts them into a more vulnerable and precaurious situation.

We conclude our report by raising alarm that, since the lockdown has been extended there is need for community gatekeepers to put hands together and rescue those vulnerable girls and young women who are locked up in abusive marriages and family setup they have no power to free themselves.

Domestic violence and poverty has a strong correlation that has consequently affected women and chiildren the most.To date 25 people have tested positive with 3 losing their lives in Zimbabwe.

African Countries Should Start Investing In Their Substitute…