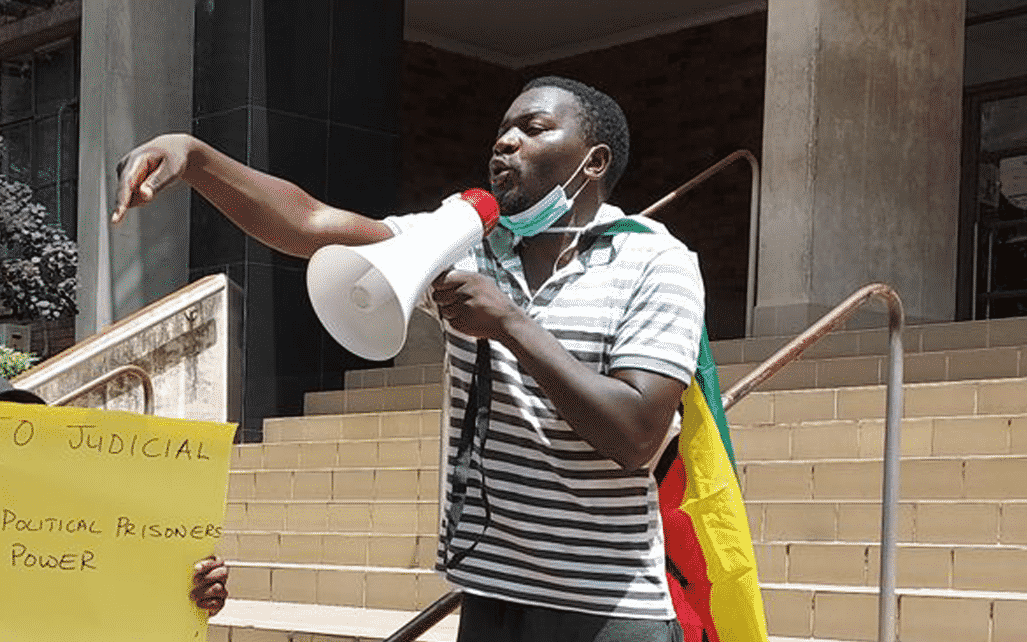 Jailed political activist, Makomborero Haruzivishe, represented by the Zimbabwe Lawyers for Human Rights, and Obey Shava has filed an application for review in the High Court seeking an order to set aside Magistrate Mangosi’s decision to remand him to 8 November.

In his application, Haruzivishe said the second respondent, the state, “grossly violated his right to be tried within a reasonable time”.

“I contend that the state’s decision to further remand me despite my protestation is grossly unreasonable.

“It is now clear to me that the police had nothing when they arrested me and it is now using remand proceedings as an investigating process. I was arrested to investigate,” he applied.

Haruzivishe, in this matter, was arrested after he demonstrated at Impala car hire premises while demanding answers as to why the company is ‘ being used for abductions by the state’.