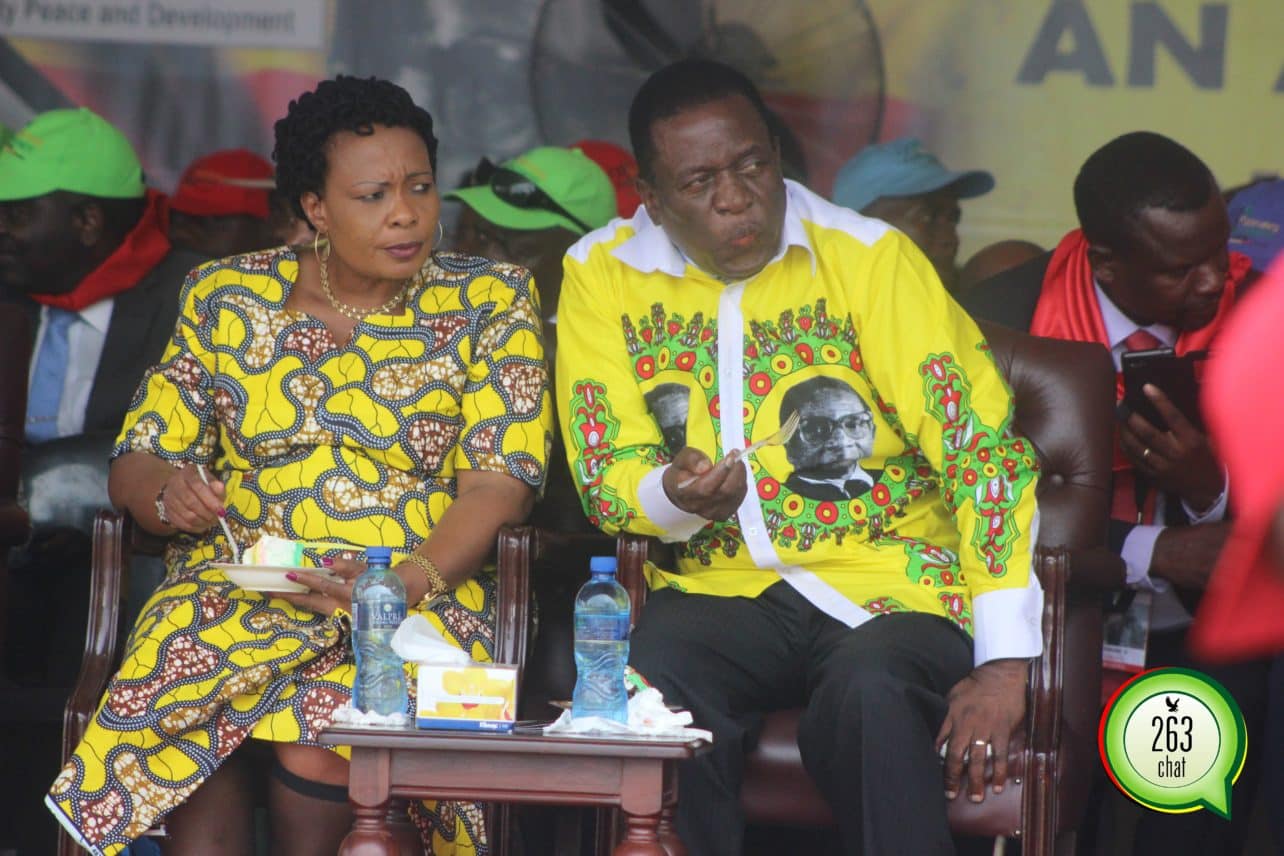 Acting President Phelekezela Mphoko has torn into vice president Emmerson Mnangagwa, accusing his counterpart of undermining the authority of President Robert Mugabe and fanning ethnic tensions following claims by the Lacoste kingpin that he was poisoned, the Shuvai Mahofa style.

Mnangagwa who was speaking at Mahofa’s memorial service in Gutu over the weekend told the gathering that he was poisoned, claiming that ‘what happened to Mahofa in Victoria Falls had also happened to him in Gwanda.’

“I was not around when she passed away but what happened to her in 2015 in Victoria Falls is what also happened to me in Gwanda. So on the 12th of August, I was taken to hospital. I was taken from Gwanda to Gweru and I can’t remember what followed. The following Wednesday when I regained consciousness, that is when I learnt on the passing on of Mahofa,” said Mnangagwa.

Mphoko reacted angrily to Mnangagwa’s claims, saying the Midlands godfather had an agenda to undermine the authority of President Mugabe and destabilize the country through fanning ethnic tensions for his own political gains.

“Mnangagwa’s latest claim that he was poisoned in Gwanda cannot go unchallenged not least because everyone can see that it is a calculated—after thought— challenge to President Mugabe’s public account that Mnangagwa’s medical doctor ruled out poisoning as the cause of Mnanganwa’s traumatizing vomiting and diarrhoea in Gwanda,“ said Mphoko in a statement released on Tuesday evening.

He added that Mnangagwa had earlier confirmed the fact that he was not poisoned at the last Zanu PF Central Committee meeting held on September 8, 2017 and to the Politburo the previous day.

“No one else other than Mnangagwa himself confirmed this position at the last Zanu PF Central Committee meeting held on September 8, 2017 where he emphatically said he was not poisoned. This was after he made the same disclosure to the Politburo the previous day,” added Mphoko.

He further noted that Mnangagwa’s statement that he was poisoned, when his medical doctor has authoritatively said he was not was disappointing adding that his remarks in Gutu cannot go unchallenged as it was a calculated- after thought- challenge to President Mugabe’s public account that medical doctors had ruled out poisoning as the source of ED traumatizing vomiting and diarrhea in Gwanda.

We Have Secured Enough Forex to Avert Fuel Crisis: Mangudya

Has National Blessings Been Turned Into Curses By Our Government?