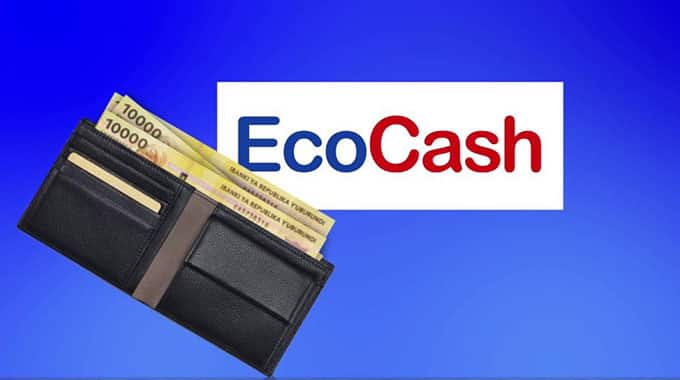 Disgruntled members of the public have challenged the government’s decision to ban Ecocash cash-in, cash-out and cash back facilities saying the Reserve Bank of Zimbabwe should not apply the law selectively.

This is amid revelations that some Ecocash agents were still transacting despite the ban having been put into effect.

Since the beginning of the year, the country has seen an upsurge in mobile and plastic money use due to the unavailability of hard cash in the market.

This has seen a number of dealers taking advantage of the critical cash shortages to charge exorbitant premiums for cash out service.

The country’s leading mobile money facility provider Ecocash have previously distanced themselves from the unscrupulous dealings being conducted through their platform arguing that they did not determine anything done outside their system.

Speaking to 263Chat Street Dialogue news crew, the disgruntled public were shocked to realize that well after the ban was announced, some unscrupulous dealers were still milking people by charging percentages ranging from 45 to 50 for a cash-out service.

“We are more than happy with the move that the government took. Thievery by Ecocash agents was getting too much and this was making people even poorer. This will also help in making sure prices of basic commodities fall to reasonable level,” said one resident who identified himself as Tendai Chikuni.

Others had a feeling that the ban is being applied selectively, thus weakening the government directive.

One Harare resident, Samson Chiti called for a change and compliance to the directive.

“What is the difference in the country when people can’t even listen to the changes that have been implemented, one of them has opened and is doing exactly this cash in and cash out, haiwa taneta zvinhu ngazviratidzi transperancy (we are tired let it show transparency). WE have heard stories that some of these outlets belong to the big guys, so this can easily cement this, the directive was announced yesterday and we still have some people operating, what does this mean then,” queried Chiti.

However, the move has also brought confusion with the public unsure of how the central bank intends to deal with the mounting economic problems.

“I am happy with what the government has done but, my main concern is what will happen next? Is this not going to be another catastrophe were we are going to lose our money in these ecocash accounts? It’s now scaring, in Zimbabwe anything can happen,” said Tinashe Mbimbi.