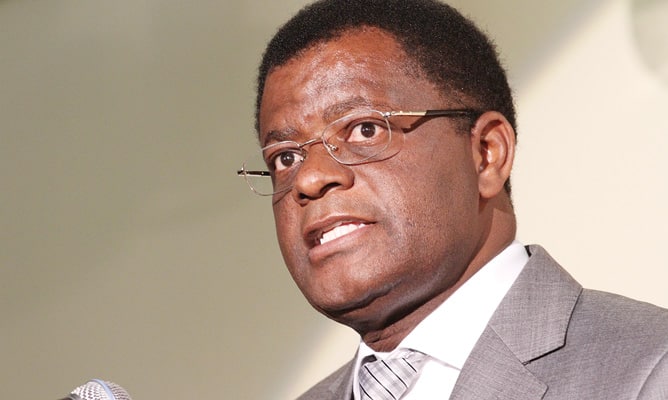 Kangai said ZACC was wrong to investigate a case of money paid to Megawatt when his report was that there was an attempt to pay the money, a clear breach of procurement procedures at the parastatal.

“This is an attempt to whitewash the case against the Minister. I never made a report that the money was paid. If it was an attempted murder, would the police go on and investigate a murder case,” said Kangai.

“The point is I stopped the country and Netone from losing $4 million and here somebody is trying to cover up something despite the evidence having been there including minutes of the meeting.” added the former NetOne boss.

Asked on his next move, Kangai said as a citizen he has done exceedingly what is expected of him.

“I reported the matter to the economic intelligence of the government after having made submissions to the Chief Secretary to the President”.

“I also submitted a document with evidence to the former President in 2016, they didn’t act and now they are after me” said Kangai.

In his letter to the President, Emmerson Mnangagwa, Reward Kangai narrated the course of events which led to his firing from the post of Managing Director at NetOne.

Kangai revealed incriminating evidence against Supa, showing invoices of millions of dollars siphoned from NetOne in some illicit deals with a Chinese company called Megawatt Energy.

Kangai provided a copy of the invoice which showed a total amount of $USD4 million being paid to Megawatt Energy whose offices were said to be in Johannesburg, South Africa at that time. The money was however wired to a beneficiary in Mauritius under the name Sinergy Investment Holdings through a bank called AFRASIA Bank Ltd. using Account Number: 001600004209019.

Reward Kangai further provided evidence of another company called Blue Nightingale Trading 906 which he said to have been used as a conduit in handling illicit deals with NetOne. The company profile however bears Minister Supa Mandiwanzira’s name as one of the Directors.

With all the above evidence, Kangai is crucifying Mandiwanzira saying his dismal was unwarranted but rather fueled by a sinister motive to oust him from heading NetOne since he was against approving the illicit deals.

Kangai further revealed that Kudakwashe Nyashanu was appointed Executive Human Resources at NetOne. Nyashanu was previously employed at Tarcon, a company in which Mandiwanzira has an interest.

The result of the forensic audit sanctioned by Mandiwanizira later brought down the firing axe on Reward Kangai. But the former beleaguered CEO claims that the audit found no evidence of allegations that had been laid against him by Mandiwanzira and former Board Chairman, Alex Marufu.’

In the same letter addressed to the President, Kangai further unearthed a sinister connection between MetBank and Supa Mandiwanzira’s proxies such Ozias Bvute, Sibusisiwe Ndlovu and NetOne Board Chair, Peter Chingoka. He states MetBank swindled NetOne, Telecel and POTRAZ a lot of millions with the above personalities pulling the strings.

A dozen shades of Middlemenship in African Agribusiness