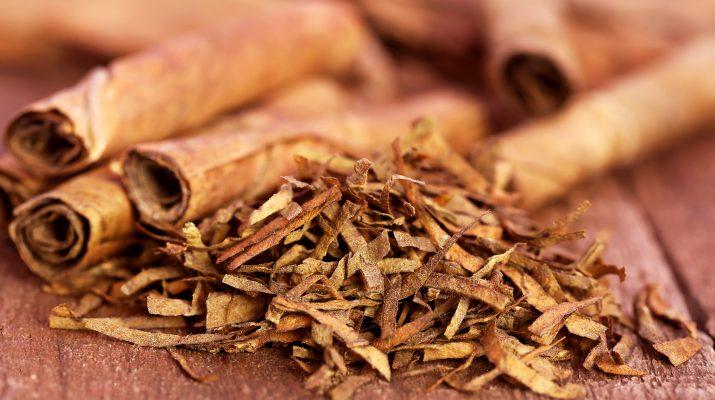 Simbarashe Mutsine started smoking uncured tobacco at the age of 16.

Now aged 43, Mutsine is bed ridden and battling for his life.

He has been in and out of hospital suffering from a cocktail of health complications that doctors blame on his smoking habits.

The Chinhoyi tobacco farmer has been experiencing respiratory complications and his blood pressure has also been high for some time.

Doctors fear the worst saying arteries that carry blood to his heart muscle have been narrowed by clots caused by chemicals contained in cigarette smoke.

Mutsine has symptoms of coronary artery disease and can suffer a severe heart attack anytime, the doctors said.

As if that was not enough, the father of five has also developed type two diabetes mellitus.

“We have lost hope, we have tried all we can but I think he is losing the war,” Mutsine’s sister, Chenayi said, looking dejected.

“We thought he was bewitched, but the doctors blame his sickness on smoking.

“He has since stopped smoking because of ill-health, but there has been no change.

“We are placing everything in God’s hands.”

Mutsine is not alone in his troubles.

According to the World Health Organisation, tobacco smoking accounts for over seven million deaths worldwide, of which about five million will be men.

Of the 7.1 million deaths recorded in 2016, 6.3 million were attributable to cigarette smoking while the other 884 000 were as a result of second-hand smoke.

The death toll per year is expected to rise to eight million by 2030.

The United States of America alone has been recording an average 480,000 deaths annually from smoking, inclusive of the more than 41,000 deaths resulting from second-hand smoke exposure, according to the Centre for Disease Control and Prevention (CDC).

This, according to the CDC, translates to about one death in five deaths annually, or 1,300 deaths every day.

Research has shown that smokers die 10 years earlier than non-smokers.

Despite the possible dangers, advertising on the health complications caused by tobacco smoking has not achieved the intended goal of getting people to quit smoking.

The only hope is in a smoke-free future.

The carnage can be stopped.

American tobacco giant, Philip Morris International (PMI), through science and research, has already made a breakthrough that can save million lives and also bring relief to many countries, Zimbabwe included, whose economies are partly sustained by the golden leaf.

PMI has already produced a heating tobacco system; IQOS, which is unique in that it heats tobacco, but does not burn it.

Heating of the tobacco in controlled temperatures will significantly reduce the production of harmful chemicals produced through combustion.

This was acknowledged by the US Food and Drug Administration (FDA), who in July gave Phillip Morris the greenlight to market its IQOS in the USA.

Since 2016, international tobacco giant has been committing itself to science and research to transform its business towards healthier, smoke-free alternatives to nicotine delivery.

The company aims to get at least 40 million of its adult customers to stop cigarette smoking and switch to one of the alternatives aimed at ultimately achieving a “smoke-free future.”

“A lot of people think it’s the nicotine in cigarettes that causes morbidity and mortality.

“But it’s not. Nicotine is addictive, but it’s not the primary cause of disease,” Andre Calantzopoulos, PMI chief executive officer told the Harvard Business Review in July.

“The Food and Drug Authority (FDA) has clarified that. The problem is combustion.

“If you can eliminate combustion, then you significantly reduce the harmful chemicals the product emits compared to cigarette smoke.

“The best thing a smoker can do, of course, is to stop nicotine consumption altogether.

“But a billion people still smoke, so the next best thing you can do is to convince them to change their behaviour by creating products that they can switch to. That is what we are doing.”

He added: “Well, if you do a phase-out too early, you create unintended consequences, including contraband and so on.

“But with the right demand and supply measures, I think we can eliminate cigarettes in certain countries within reasonable time horizons – 10, 15 years.”

Asked if he had confidence that the transformation would be successful, Calantzopoulos said: “Why would I engage my company in a multibillion-dollar transformational exercise if I didn’t believe that it was the right thing to do?”

According to WHO, although tobacco products pose major public health problems, tobacco products remain one of the consumer products that are virtually unregulated in respect of contents and emissions.

Due to the challenges associated with the regulation of tobacco products, countries have been hesitant to implement regulations in the area because of the highly technical nature of policy interventions involved.

The tobacco industry also poses a challenge in translating science into regulation.

However, reduced risk tobacco products are still regulated in the same way as traditional cigarettes in order to prevent people, especially in low-to-medium-income countries from accessing products that could reduce the harm that cigarettes pose to their lives.