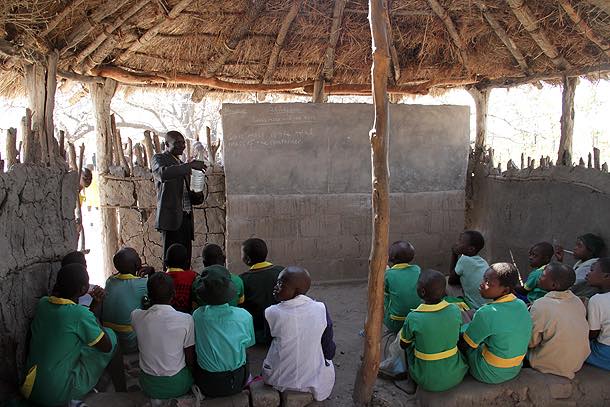 Rural teachers in Zimbabwe have called on the government to open bars and churches to assess the contagious effect of gatherings more than 50 people as the country move in to reopen the economy.

This follows the recent announcements by the Zimbabwe Schools Examination Council, (ZIMSEC) that the June examinations will be conducted beginning on 30 June while the government said the school term will begin on 28 July.

However, Amalgamated Rural Teachers’ Union of Zimbabwe, ARTUZ) Wednesday said the government must open places which allow more people to gather and see if the CPOVID-19 will rapidly spread.

“The government must open churches, bars and weddings first before schools to assess the contagious effect of gatherings of 50 plus people, it must ensure that the Coronavirus epidemic is totally under control before taking the steps of the opening of schools” reads the statement.

In March, President Emmerson Mnangagwa banned gatherings of more than 50 people and alcohol sales before relaxing to allow for takeaway alcohol, without sitting at bars.

Church gatherings and any other activities involving more than 50 people remain banned.

With more cases being recorded daily, Zimbabwe remains on high alert in the monitoring and surveillance of the virus which has claimed four lives in the country while more than 400 000 have also succumbed to the virus.

ARTUZ said the reopening of schools is premature as 66 000 candidates are sitting for 2020 June examinations while 9 900 teachers will be needed to invigilate the examinations.

“On opening schools 136 000 teachers and almost 5 million learners will be admitted to our schools.

“The teacher compliment will have to be boosted by 90 000 teachers to achieve social distancing in our classrooms and plug the gap of staff shortage,” the statement further reads.

Some schools around the country are being used as quarantine centres for returnees and ARTUZ said the government must ensure that they go through rigorous fumigation and confirmed safe by competent personnel in the Ministry of Health and Childcare.

Furthermore, the association said there should be rapid testing of all pupils and teachers before schools open for business and provision of the same at regular intervals.

However, a critical shortage of testing kits will likely hamper the move as the government is currently battling to adequately equip health and quarantine facilities with the COVID-19 testing kits.