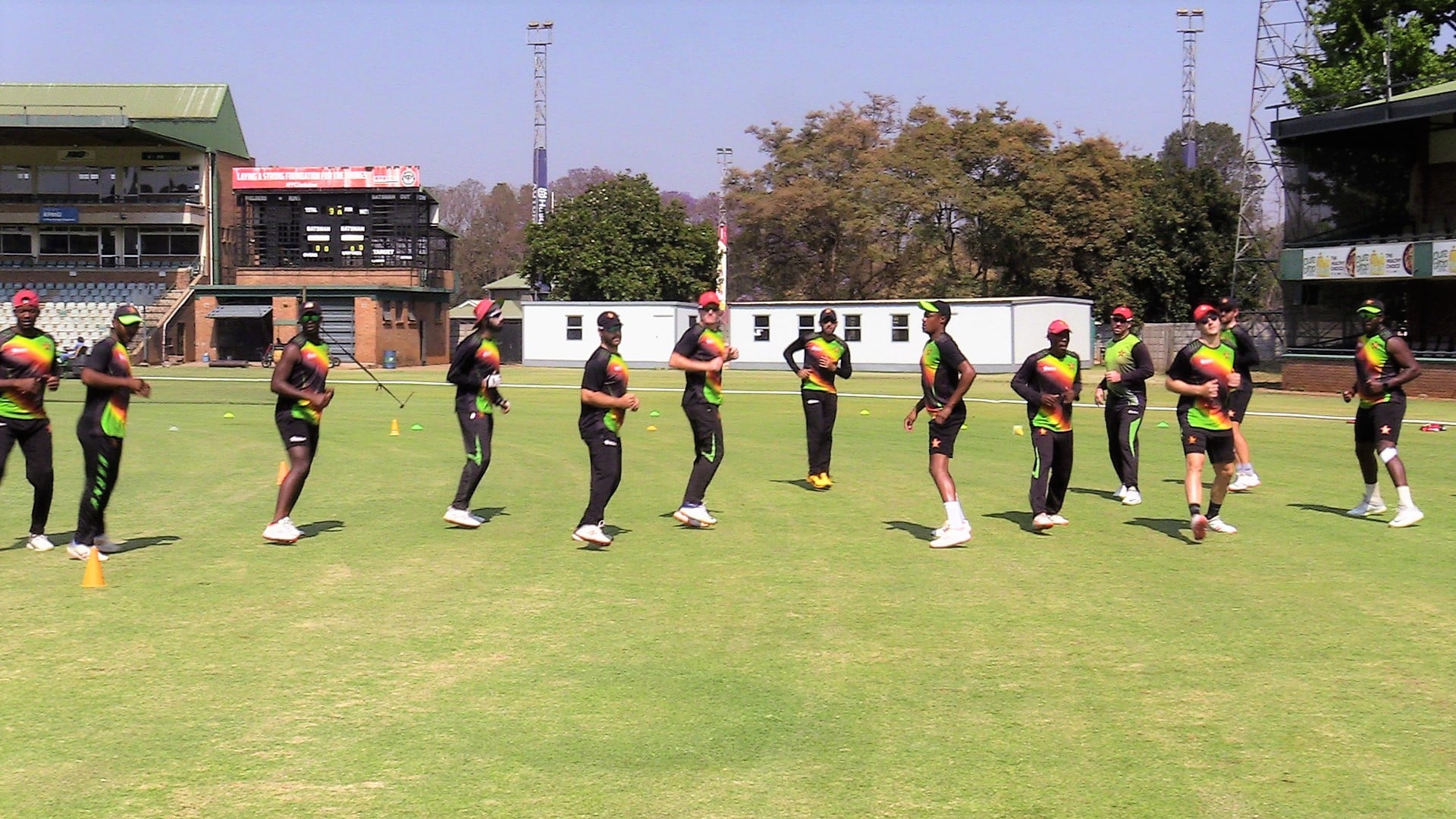 After enduring more than half-a-year – 28 weeks or 196 days to be exact – without playing any cricket since sporting activities in the country were banned as part of measures aimed at curbing the spread of COVID-19, Zimbabwe cricketers finally played their first game this Saturday.

It did not matter that it was only an intra-squad practice match in preparation for the limited-overs tour of Pakistan scheduled for October-November.

Their joy was palpable – and understandable too – as they got out on the park for their very first piece of action in what had seemed like an eternity.

The 20-over affair at Harare Sports Club saw Zimbabwe Team A coasting to a five-wicket victory thanks to Elton Chigumbura’s 65 not-out.

His blistering knock, which came off 41 deliveries, included five sixes and three fours.

Sean Williams, who captained Team A, celebrated his 34th birthday in style with a 36-ball 51 that contained three sixes and five boundaries as his side chased down their target of 171 in 19.3 overs.

The Chamu Chibhabha-led Zimbabwe Team B, put in to bat first at toss, had made 170 for six from their 20 overs, with Sikandar Raza being their best performer with the willow with a score of 55, including three sixes and as many fours, having faced 38 deliveries.

Ryan Burl and Richmond Mutumbami chipped in with 27 and 24 not-out respectively.

Team A’s Donald Tiripano was the most successful with the ball in the match, claiming three wickets for 18 runs from the three overs he bowled, while his team-mate Wesley Madhevere bagged two scalps for 23 from his three overs.

Well, the result, like for any other practice match, was really inconsequential.

But the importance of merely padding up, trooping down from the pavilion, tossing the coin and playing a game of cricket for the first time in six months cannot be overstated.

Little wonder the players had so much excitement to share afterwards.

Chamu Chibhabha: “It was really good to get some match practice today. Obviously the guys were a bit rusty, but we still have a couple more practice matches to go – so hopefully the guys will be match-fit by the time we tour Pakistan. We had some really good performances today, so it’s looking good.”

Sean Williams: “Yes, it was a practice match but I didn’t take it like one. It felt amazing to be back on the park with the boys after so long. Walking onto the field today really made me appreciate the game we have played for so long and love it even more. I personally feel I will enjoy every moment from now on more and truly grateful to be part of the return of this great game of ours.”

Elton Chigumbura: “It was wonderful and it felt good especially batting up to the end.”

Craig Ervine: “It was a weird feeling to be honest – almost foreign. Having said that, it was so good to be back playing games at Harare Sports Club again, with some cricket to look forward to coming up.”

Sikandar Raza: “I simply loved it. Great to see cricket being played again in Zimbabwe.”

Richmond Mutumbami: “Believe me, it was weird but in a funny way. It had been long and everything felt new, but the feeling was great. It was something I had missed for a long time.”

Donald Tiripano: “I was very excited to be back on the park to do what l like doing the most – playing the beautiful game.”

Regis Chakabva: “Felt pretty good getting back on the park again. We certainly missed game time and it was great playing again and we will be looking to build on it. To some extent, it didn’t feel like we had been out for that long and it’s testament to how the guys are making full use of the time we have in preparation but, yeah, it felt really good to be back on.”

Brandon Mavuta: “It felt great. I had a bit of nerves because it’s been long but once the nerves settled it was a great feeling being out on the park. It’s great playing as a team and I can’t wait to have more of these practice games as that can only prepare us well for the tour.”

Richard Ngarava: “It really felt good to be back on the field after many months of not playing and practising. It was fun playing against each other and I enjoyed the pressure. We are all doing our best so that we are in great shape for the upcoming tour.”