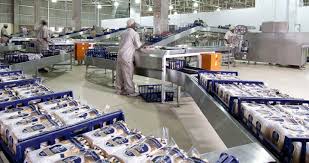 Diversified light manufacturing concern, Innscor Africa Limited posted a 97 percent jump in annual earnings to June 30, 2020 on account of improved revenue from the gradual removal of subsidies and inflation-induced price adjustments propelling all its business segments.

The positive financial performance is despite a decline in sales volumes in most units owing to depleting consumer power and challenges in availability of raw materials.

Revenue was 24 percent up, to reach ZWL23.938bn against comparable year.

“Revenue growth was achieved on the back of mixed volume performance, the gradual removal of subsidies on most products, as well as inflation-induced price adjustments. The Group’s improved product mix, coupled with a well-priced strategic raw material investment and enhanced production and overhead efficiencies, combined to deliver an operating profit of ZWL3.859bn for the year under review, representing a growth of 54% over the comparative year,” Group chairman, Addington Chinake said in a statement.

Profit before tax for the year at ZWL4.544bn was 69% ahead of the comparative year.

The Group remains the country’s biggest user of grain for its agro-food businesses and its volumes suffered heavily owing to scarcity of grain during the year as the country succumbed to the effects of a second successive drought.

On a positive note, Irvine’s recorded a 13 percent volume growth in table eggs during the year under review, with the volumes achieved being a record high for the business.

­“The business continues to execute on its long-term strategy of investing in further table egg automation, as well as additional hatchery facilities; projects which are essential in ensuring lowest-cost production,” said Chinake.

The Group’s financial income was dominated by revaluation gains on financial assets whilst fair value losses on biological assets resulted from the reduction in the real market value of parts of the Group’s livestock herds, and represents lower real sales pricing being realized within the protein markets.

At Natpak, volumes during the year were 18% above those recorded in the comparative year, primarily driven by the increased utilisation of the corrugated packaging plant and the newly commissioned rigids packaging operation which operated close to capacity.

The Group declared a final dividend of 100 ZWL cents per share payable in respect of all ordinary shares.