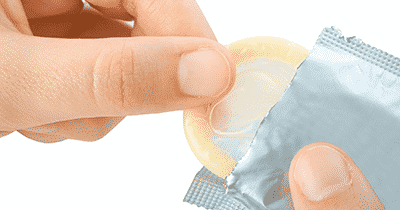 During a public hearing conducted by the Parliamentary Portfolio Committee on Health and Child Care held in Bindura yesterday, one of the youths said society was paying the price for depriving children of the right to SRH Services.

“Mkomana wangu anototi anoda yeke (my boyfriend prefers unprotected s$x) of which I can’t go ask for contraception from my mom. How do you expect me to access it if clinics and youth centers say I’m too young to access it but they know we are doing it.

“These sexual reproductive health services should be made available here in Mashonaland Central. It empowers us as girls because access or nor access to these services, our peers are engaging into sexual activities. Parents are not in support but they will not be with us everywhere we go,” said another adolescent girl.

Another teenage girl who participated in the public hearings said availing SRH services would help in stopping early marriages and child mothers.

“Our mothers and grandmothers got married vey early because calculating too I remember my grandmother had her first child at 15. We have to prevent this trend from going on and make sure we continue with their education by giving them access to sexual reproductive health services,”

A case care worker, Fungai Dzapasi also advocated for the government to give access of Sexual Reproductive Health (SRH) services to adolescence below 18 years.

“Girls from surrounding farms are indulging in sexual activities at a very early age. This side is full of mines and adolecents of this generation will do anything for money.

“I know a girl I who asked me for family planning pills and I refused to give her because she was 14. When I returned to that area few months later, she was pregnant with twins which is something I could have avoided,” said Dzapasi.

“I have a child of my own whom I’m failing to control and I have tried beating her but she runs away. I’m sure I’m not ready to take care of her granddaughter hence to avoid this, the government must do what’s necessary to reduce this burden on us parents,” she added.

Chairperson of the Portfolio Committee on Health and Child Care, Dr Ruth Labode said she was shocked by the response in Bindura which was 90 percent in favor of access to SRH services.

“They are saying yes because they are saying they stay in the communities and know what is happening and they are saying numerous children are walking pregnant. They are also saying if the government has allowed pregnant students to finish school, why not allow those who are not yet pregnant to avoid?

“We were petitioned by partners we work with as the Health Committee and they came to us and said you have said they are over 70 000 abortions happening to children below 18 years, a high incidence of HIV to adolescence below 18 and a notable increase of teenage pregnancies and dropouts in schools.

“In their petition, their prayer is the parliament will change the Public Health Act to allow everyone between 12-18 years to access these services,” said Labode.

Dr Labode said she is in support of calls to provide SRH services to adolescents.

“I am in support of this whole issue because our children are growing faster because of these GMOs (genetic modified organism), they are maturing faster and because of hunger they are being offered bananas for sex. So we are saying if they are involved in such situations, they should be able to go to a clinic and be given a family planning option to prevent pregnancy to reduce the effects,” she said.

According to Centers for Disease Control and Prevention on Sexual Transmitted Disease Surveillance (2018), incidence and prevalence estimates suggest that young people aged 15–24 years acquire half of all new STDs and that one in four sexually-active adolescent females has an STD, such as chlamydia or human papillomavirus (HPV).

“Generally, we used to record an average of 5 to 10 percent, teenage pregnancies about a year ago, but nowadays the rate has gone up to between 20-40 percent of the total deliveries.

“Previously we have dealt with teenagers aged 17-19 giving birth, but it is worrying now because a majority of these pregnancies are emanating from girls aged as young as 12 to 16 years,” said Ngwenya.

He added that for an average of 28 deliveries recorded at Mpilo daily, 11 of them were teenagers.

According to the 2019 State of the World Population Report (SWOP19), Zimbabwe still has a high prevalence of teen pregnancies and prevalence varies widely according to wealth, geographical location and education.

The report says the fertility rate remains high among young girls, aged between 15 and 19 years, with nearly 1 in 10 adolescent girls giving birth every year while many die or are injured during childbirth.