‘Charumbira Must Be Expelled’ 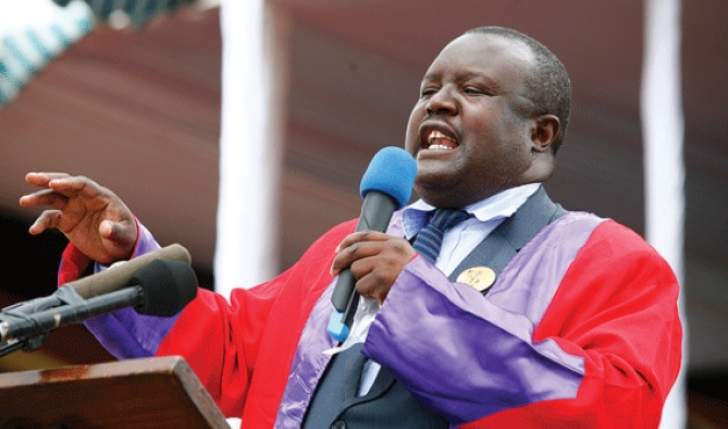 Opposition leader Herbert Chamuka has called for the expulsion of Chiefs Council president, Chief Fortune Charumbira for his bipartisan remarks which showed support for the ZanuPF in Bindura recently.

Chief Charumbira Charumbira commented that traditional leaders were owners of ZANU PF and that they rule everywhere and define their relationship with ZANU PF.

The remarks received condemnation with the controversial chief having made the same remarks in 2018.

“Chief Charumbira must be expelled from his post and be replaced by someone who is apolitical who knows how to work well with communities, not a chief who serves a certain political party.

He is not a national chief, but he is a Zanu-PF member. We condemn his words and we encourage him to retract his statements which are divisive. A traditional leader should be for all,” Chamuka said.

Chamuka said in other countries, traditional leaders must work and serve at the pleasure of the people.

“But in Zimbabwe, it’s a different case, Chief Charumbira is supposed to be leading all chiefs. He should be apolitical. This is why Chief Ndiweni was expelled because he chose political sides. Our Chiefs should know their positions in society,” he added.

The ERC, on 3 November 2021 filed a complaint with the Minister of Local Government, Public Works and National Housing, Honourable July Moyo against Chief Fortune Charumbira for contravening section 281 of the Constitution by participating in partisan politics.

Teachers Demand Bonuses In $US

Mwonzora Denies Reports He Wants To Be PM