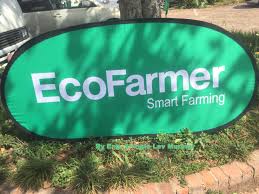 Digitalization has long been tipped to accelerate sustainable agricultural transformation on the continent with more innovations in this regard starting to change the shape of farming.

There are however growing concerns over the hype of captivating stories of digitalization in agriculture across the region, which according to analysts might as well be overplayed by makers of some digital gadgets and Applications.

While telecommunication companies and innovators of digital agricultural products are moving at a tremendously fats speed in coming up with a diverse range of solutions such as online financing, marketing and farming tips, on the contrary, farmers’ response to these products is yet to gather traction.

According to a recent study by Agricultural and Rural Cooperation (CTA), Digitalization of African Agriculture Report (2018-2019), it notes that digitalization has transformed African agriculture in the past two decades, giving examples of new mobile online apps and SMEs platforms giving advice to smallholder farmers on farming tips, markets, financiers and distribution channels.

It further states that the number of small holder farmers who have subscribed to digital services in the last three years has grown between 40 and 45 percent, with annual revenues from digitally supported farming estimated at about $ 140 million.

In Zimbabwe, thanks to the LFSP program, today more than 71 000 farmers receive extension messages through various technological platforms including mobile phones. These messages provide helpful information on farming techniques and markets.

But for many of the developing countries in the region, Zimbabwe included, this might just be romanticized, according to agribusiness expert Charles Dhewa, CEO of Knowledge Transfer Africa, who also runs an online commodities platform called e-Mkambo.

“We need to have knowledge centres in communities were farmers stay. We need a better approach than just promoting the hype of digital platforms as if it’s solving things. In developing countries it’s not really solving,” he added.

Small holder farmers in Zimbabwe constitute over 70 percent of all agricultural production and of that segment marginalized women, the elderly and youths are dominant and have little access to mobile gadgets which they still can’t operate.

Compounding matters is the fact that internet connectivity in these communal areas is far from satisfactory.

However, more agriculture-focused apps have been established lately, notably Econet Wireless’s EcoFarmer which gives farming tips to much more sophisticated ones like C-Trade, an online platform which brings capital markets to marginalized segments like smallholders farmers to invest their earnings on bourses such as the Zimbabwe Stock Exchange and FinSec  using their mobile phones.

But all these efforts have seemingly been downplayed by the fact that most small holder farmers are generally technophobic, instead still much more reliant on radio programs for tips and advice with regards to markets and financiers.

There are much deep seated infrastructural and policy bottlenecks that still hinder sustainable transformation in agriculture which needs to be tackled first.

For instance the issues of quality connectivity in marginalized areas and centralization of services to Harare and Bulawayo.

“Farmers in marginalised communities can only imagine how digital technology can test their soils and water without them taking samples to the capital city where laboratories are concentrated. The same applies to livestock farmers who are still travelling long distances to district or provincial towns in order to get livestock movement permits in the event of selling or buying cattle,” Dhewa adds.

With technology certainly playing a central role to the advancement of farming going forward, Zimbabwean farmers can only hope for home-grown solutions to tackle their peculiar challenges rather than be deluded by the guise of digital success.