Lumumba And I Make A Perfect Couple: Vimbai Zimuto 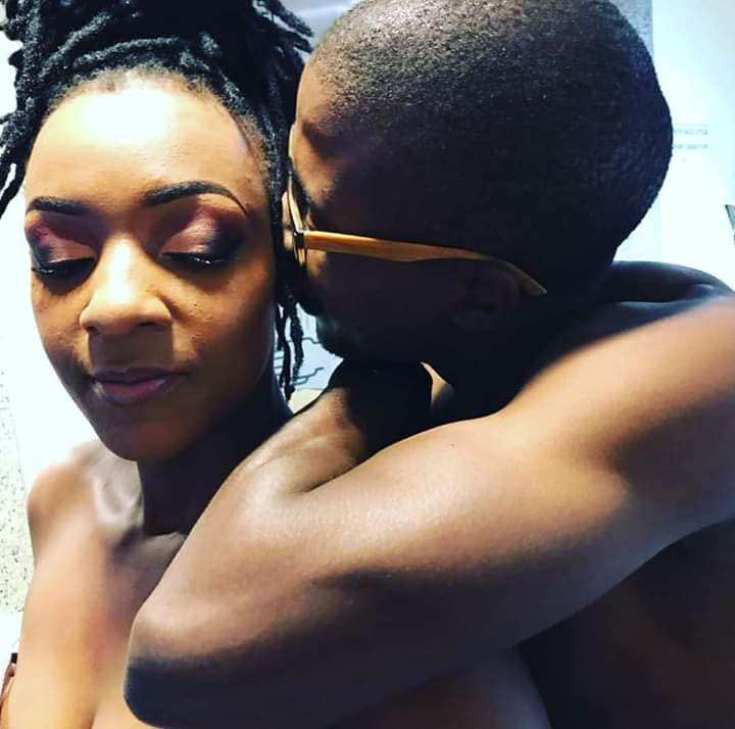 Controversial Netherlands-based Zimbabwean artist, Vimbai Zimuto has said she would make a perfect match with politician, Acie Lumumba because of an alike mindset.

Speaking to 263Chat, Zimuto, who was highlighting key factors that contribute to a healthy marriage said matching mindsets between couples create the base for lasting relationships.

“Marriage is more than sex and children, healthy marriages are hinged on the level of mindset connection between couples.

“Take me and Lumumba for example, he and I would make a perfect couple because we share similar acts and mindsets,” she said.

This follows a picture making rounds on social media of the duo captured naked.

She has since dismissed speculation that the two were captured naked, saying, it was a staged stunt to publicize an upcoming episode of The Lumumba Files (TLF) Drive.

“That photo was taken at the airport just after I had finished my make up for the TLF Drive interview with Lumumba. We stage-managed the photo shoot to market the upcoming episode.

“Contrary to what everyone is thinking, I was not naked in that photo. Lumumba asked me to lower my straps as he took off his shirt to lean on me in a manner that would make people think otherwise though nothing was really taking place. It was only a marketing stunt,” said the Hapana Kwaunoenda singer.

The 35-year-old singer has been making waves on social media posting pictures in her birthday suit. In a recent controversy, she faced fierce backlash after posting her nude picture captioned with a condolence message directed at victims of Ethiopian Airways plane crash.

Zimuto will be on stage this weekend as a supporting act for Dereck Mpofu’s Godobori album launch in Harare.