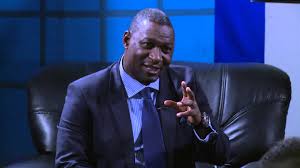 Former Information and Communication Technology minister, Supa Collins Mandiwanzira exploded in court today saying that he will reveal details on how the Netone meeting was held in cabinet.
The Nyanga North legislator said that if given the permission to talk about all the things that happened, he will happily do so since he wrote a letter to the office of the president to seek permission on the Netone deal.
Mandiwanzira made the startling revelations when he took to it the witness stand to testify in his application for referral of his matter to the constitutional court.

“I have already wrote a letter to the office of the president and cabinet to say what i want to say in court and i will be doing so on camera. I will also need the cabinet minutes of the meeting we held,” he said.

“After having the best interests of the people and government and doing what is expected of you in government then later being dragged to court for doing just that is very nonsensical,” said Mandiwanzira.
However, Harare magistrate Elijah Makomo stopped him, saying it was not yet trial but an application to make.
The ZANU PF Nyanga South member of parliament also said he felt that he was being persecuted as he had consulted with his principles the then president and vice presidents before making decisions.
He added that he wrote to cabinet to have minutes of the consultative meetings to show how he had been well advised before making any decisions.
“When i made the decisions after having consulted with my principals i was applauded and now i may actually be sent to jail for doing the right thing which was expected of me. i am being harassed by being constantly appearing in court when i did not commit any offense and neither are the allegations to the effect that i benefited in my personal capacity,” continued Mandiwanzira.
The former ICT minister had his application for exception of charges dismissed by the same court and now he wants it taken to the Constitutional Court.
While giving his testimony, Mandiwanzira lost his temper saying the allegations against him were nonsensical.
Mandiwanzira is among a number of former cabinet ministers arrested and charged with abuse of office as President Emmerson Mnangagwa intensified his crackdown against corruption accused party members.

ALSO ON 263Chat:  We Have Achieved More In 100 Days Than In The Past 10 Years- Mpofu
Share this article

My Daughter's Life Is Being Shattered Down: Mamombe's Mother

‘You are our conscience,’ permanent secretary tells CGAIZ 

We Have Adequate Legal Framework For Credible Elections: ZEC

ZESN Appeals For Peace Ahead Of 2023 Elections

Zanu-PF Goes After NGOs, Calls Them Liars And Hyenas