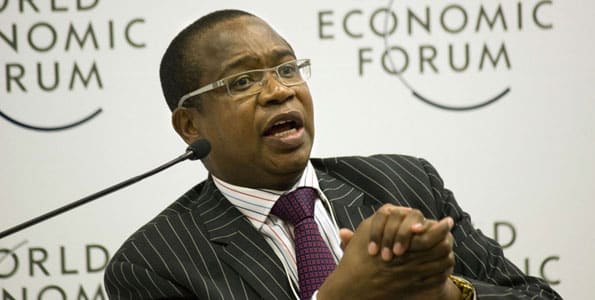 Opposition MDC parliamentarians are up in arms against Finance Minister Professor Mthuli Ncube for failing to attend yesterday’s question and answer session, threatening to lobby for a contempt of parliament charge against him.

Government on Monday introduced a raft of financial reforms which stirred a storm among citizens with experts warning that the proposals are meant to wipe off ordinary people’s little earnings.

Speaking to 263Chat in an interview, MDC National Chairperson and opposition parliament boss, Thabitha Khumalo said Ncube contravened the constitution which makes it a requirement for ministers to come to parliament charging that Speaker of Parliament Jacob Mudenda pledged that ministers who bunk off or abscond parliament business will be charged for contempt.

Khumalo said the people of Zimbabwe are tired of the excuses ministers make when they deliberately avoid parliament sessions.

President Emmerson Mnangagwa fronts the ‘New Dispensation’ banner, a template presumably understood as bidding to usher in a new culture of governance alien to his predecessor.

However, when reached for comment, the Speaker of Parliament Jacob Mudenda jumped in Prof Ncube’s defense saying the minister’s absence in parliament on the ‘question and answer’ session was communicated to his office earlier rendering the MDC’s contempt of parliament penalty chorus, null and void.

“Normally they would have asked for leave of absence.  It’s not just failing. He had given us a leave of absence, there is no issue there. He did write to the speaker,” he said.

Zanu PF secretary for legal affairs, Munyaradzi Paul Mangwana said the contempt of parliament only works against ‘unruly’ behavior by parliamentarians, a position that exonerates Ncube from any punishment.

263Chat could not get a comment from Prof Ncube on why he missed yesterday’s parliamentary session as his mobile was unreachable.