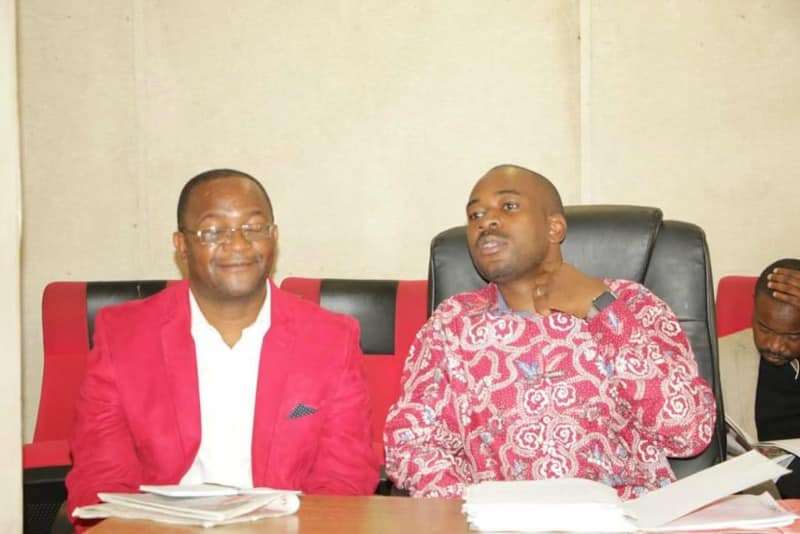 The MDC Alliance party led by Senator Douglas Mwonzora is demanding respect from its nemesis, the MDC Alliance led by Nelson Chamisa over the use of the party name.

The two parties are at loggerheads over the use of the party name and symbols since Mwonzora broke away from the Alliance last year but later claimed he was the rightful president of the party.

The High Court last year ruled in favour of Mwonzora to use the MDC Alliance name and party offices but the Chamisa outfit is refusing to back down.

“Mr Chamisa it’s time you respect us? Respect the ZIMPF, respect Ambassador (Agrippa) Mutambara as a freedom fighter, respect your party you claim to lead in isolation,” Mazanza said.

“Zimbabwe is tired of all this nonsense, the ZIMPF, the People’s Democratic Party (PDP), Zanu Ndonga, MDC-T, MCD, and MDC Green are signatories of the MDC Alliance not (Tendai) Biti or Welshmen Ncube alone,” the statement further stated.

“So, I am telling you now to stop misleading the nation you are MDC Alliance. Stop now!” continued Mazanza.

He said Chamisa should rejoin the Alliance if he is interested in it.

“If you really want this Alliance, come home. There’s room for everyone but on condition, you know who’s in charge (seven parties) led by Hon Sen President D Mwonzora. Finish and clear!

Mazanza accused the Chamisa camp of being power-hungry and not care enough about the people of Zimbabwe.

Chamisa’s spokesperson, Fadzayi Mahare poured cold water on the claims and instead accused Mwonzora of masquerading as the rightful Alliance leader.

However, Chamisa’s spokesperson Fadzayi Mahere hit back accusing Mwonzora and his colleagues of being puppets of the ruling Zanu-PF.

“For now we note that Mr Mwonzora is masquerading as the MDC Alliance leader despite the fact that he caused the illegal recall of elected officials on the pretext that they were members of the MDC Alliance,” she said.

Earlier in the week, the Chamisa faction hinted that there will be a name change as the party shifts focus on the 2023 elections.

Hindus to Hold Chariot-Procession in Harare