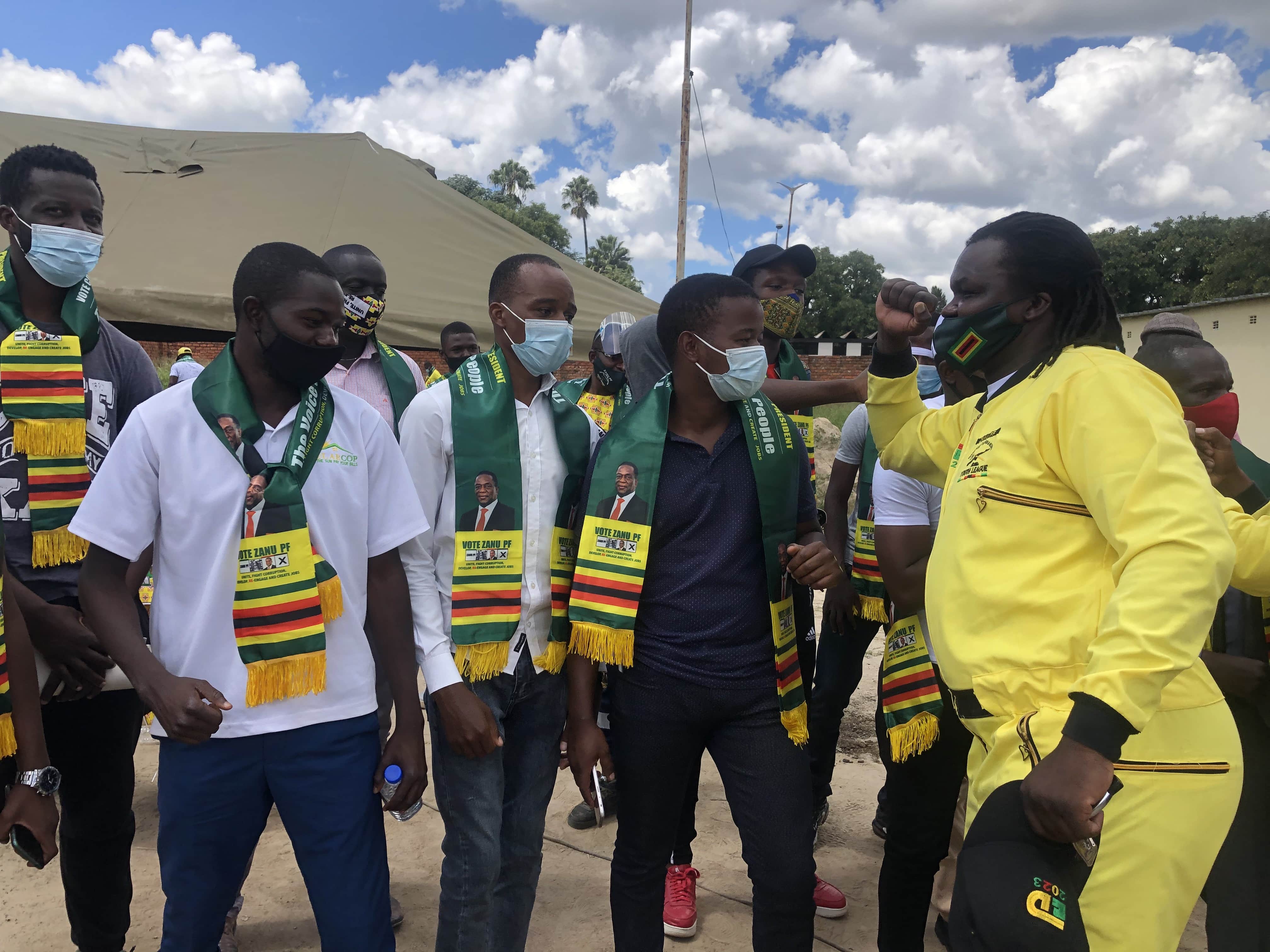 Zanu-PF Youth League Saturday unveiled 450 youths who crossed floors from various opposition parties with the ruling party saying it is targeting one million young people’s votes in the 2023 elections.

Speaking at a welcoming ceremony of 50 youths at the party’s provincial headquarters in Harare, Harare province youth chairperson Emmanuel Mahachi emphasised that young people form a large base of the electorate hence the party is embarking on a deliberate drive to recruit more youths within its ranks.

“Youth population is above 60% in this country so we are looking at those statistics and we know they are the ones who will bring us that victory in 2023 and as youths, we are the ones who are still able to run around hence we are inviting every young person to come and join the party that will always have their wishes at heart,” he noted

Mahachi said Saturdays’ event was a reception of just a few members who could come but reiterated that there are more young people who have indicated their desire to cross the floor.

“This was just a reception of a few youths who are joining the people’s party, more are coming, and they were just here so that they get to know their leadership,” Mahachi noted.

“We want to acquaint the new members with the party’s structure, from the cell level up to the presidium,” he added.

This follows the recent exodus of some former senior MDC-A members who in recent weeks have joined Zanu-PF.

The most recent is former MDC-A spokesperson, Obert Gutu who joined Zanu-PF after a fallout with the largest opposition movement’s senior officials.

Mahachi stated that his party is aiming to empower youths across the political divide through various projects streamlined by the ruling party.

“So the youngsters are important to the party and we will empower them so that they participate in the economic and national development of their country.

“We have realised that most youths have become tech-savvy; that is why we used social media campaigns and here we are,” said Mahachi.

Speaking to 263Chat, one of the defecting youths said she joined Zanu-PF because she enjoys the freedom brought about by the party.

“I joined Zanu-PF because it is the party that liberated us. For us to enjoy the independence we have, is it because of the ruling party. We have never heard of xenophobia in Zimbabwe, it is all because of Zanu-PF.

“We are free to move at whatever time we want, we have everything we need, Zanu-PF provides us with all our needs. Youths are getting mines and farms. So it became important for me to join the party so that my children will have a secure future.

“I was born while Zanu-PF was in power and I pray that when I die, it will still be in power, and my children and grandchildren will leave it in power,” said Pamhidzai Chisanhu.