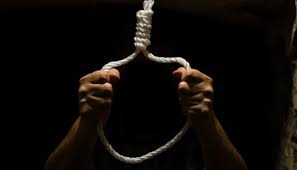 On September 23 2019, people gathered at Corner Parkade and Rezende Street in the capital, Harare gripped by fear and shock to witness the tragic death of a renowned preacher, Bishop Barry Dambaza.

Coincidentally, Bishop Dambaza happened to be a man I had known personally for many years and had great respect for him. It pains to realize that a man I had so much respect for had to depart under such unclear and awkward circumstances.

The reason behind him jumping from the upper floor of PAOZ Mall leading to his death is still a mystery but it is believed that he committed suicide while others believe that it was a spiritual attack.

I cannot confirm if his death was truly an act of suicide but I have decided to share a few things on how to “Overcoming suicidal temptations” especially this time of the year. I believe this will assist someone who might be tempted to commit the act of suicide.

Statistics for Zimbabwe as revealed in an interview by the Zimbabwe Republic Police early 2019 have shown a 42 percent increase of suicide cases for 2019’s January to March as compared to the same period in 2018.

What then this means is that from January to March 2019 alone, Zimbabwe recorded 129 cases of suicide. This figure does not include many other cases which were recorded in the last three quarters of that year.

Many other cases were later recorded including the case of Bishop Dambaza and the Churchill High student who committed the same act on the 20th of October 2019 at the same Julius Nyerere Parkade.

Globally, cases of suicide were also on an increase. It is estimated that close to 800 000 people die to suicide every year. Suicide is also considered as the second leading cause of death among the 15-29 year olds and 79 percent of the cases occur in low to middle income countries meaning that majority of suicide cases can be associated with hardships.

Suicide can be caused by a number of factors including but not limited to hopelessness; chronic pain or terminal illness; belief that your life is a burden to others; social isolation and accidental suicide which occurs mostly in an attempt to kill an unborn baby.

Hopelessness, either in the short- term or as a longer lasting trait, has been found in many studies to contribute to the decision to commit suicide.

Some people when confronted with life challenges become hopeless and expect the worst. They then try to run away before the situation becomes worse and if they do not find an immediate kick out panel they chose to commit suicide.

Many are afraid to face their fears for the fear that the worst becomes reality. However, what they fail to realize is that the fears we do not face becomes our limits.

Sickness and hardships do not signal the end of the road. There is a big difference between sickness and death. The fact that you are ill does not mean that you should start writing your will.

There are many people who were once on the death bed with no hope that they will recover but through divine intervention they were healed. Remain hopeful. Even if it appears as if there is no way out, just turn to God for He is the way, the Truth and the Life.

If you find yourself thinking of committing suicide think of Job in the Bible. He lost his wealth, children and health but he did not commit suicide.

If you feel like you are losing everything, just remember that trees lose their leaves every year and they still stand tall and wait for better days.

Believe Guta is a community builder, author and motivational speaker. He writes in his personal capacity.