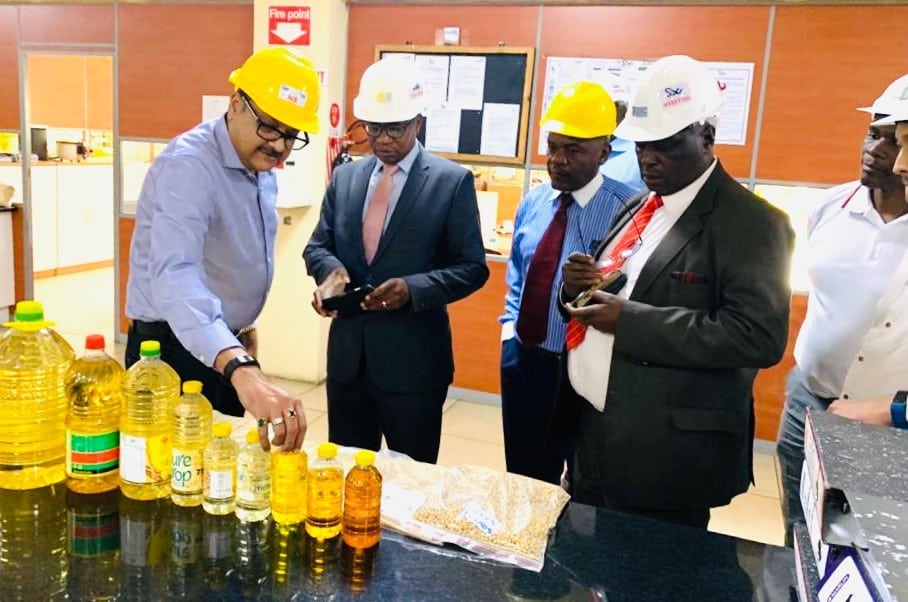 Zimbabwe aspires to create an upper middle income economy with a Gross Domestic Product (GDP) of US$65 billion by 2030.

This vision is premised on the reindustrialization strategy where competitiveness and regional integration are key in turning the economy from excessive reliance on primary commodity exports (raw minerals and tobacco) to a key global net exporter of processed goods.

In 2020, Zimbabwe exported commodities worth US$4,395 billion (up 3%) from the 2019 figure. The share of manufactured (or partially processed) commodities being less than 8% of the global figure. This points to the extent to which the economy is susceptible to global commodity price shocks and lack of diversification to advanced value addition, and a shift towards services.

At its peak in 1998, the manufacturing sector contributed 42% to the country’s export earnings. Deindustrialization in Zimbabwe started around 1995 but at a gradual pace, then picked up in 1997 and 1998 after unbudgeted government expenditures led to loss of value for the Zimbabwean Dollar.

The fast-track Land Reform Program of the year 2000 put the final nail on the coffin as farm disruptions strained agro based processing. From the year 2000 to 2008, the sector witnessed rapid decline in productivity with investors divesting from Zimbabwe. The 2009 to 2013 period saw a spectacular resurgence in capacity utilization to an average of 45% as the multi-currency regime stabilized inflation and improved disposable incomes which are critical for consumption. However, underlying structural problems cost the industry as consumption for imported commodities also spiked under the stronger US Dollar.

The manufacturing sector capacity utilization has increased from 47% in 2020 to the 58% in 2021, showing encouraging signs of recovery due to improvements in domestic consumer demand and macroeconomic stability. However, hidden in the figures is the huge import bill for importation of finished products from neighboring countries for final packaging in Zimbabwe.

The latter is more pronounced in businesses or multinational corporations which used to manufacture locally but now rely on importing finished products for final packaging in the local market. This points to the high cost of production on the local economy.

Where Reindustrialization is failing

Zimbabwe’s manufacturing industry has strong backward and forward linkages with agriculture, thus growth in agriculture productivity directly leads to improved capacity utilization in manufacturing. The agriculture sector is hamstrung by lack of capital to improve on mechanization as farmers do not have title to land. The 99-year leases offered by government clearly state that all land belongs to the state and that it carries the discretion to withdraw the lease when it deems fit.

This means banks and financiers cannot extend lines of credit to farmers and there is limited incentive for land holders to maximize production or develop farmland. Production in agriculture is also affected by pricing and payment delays (viability) constraints with the government being the biggest financier, price setter, consumer and lawmaker (regulator). Lastly, lack of knowhow affects quality and scale of production for most resettled farmers.

The manufacturing sector itself has its own unresolved pertinent challenges such as high costs of production (complex tax environment), obsolete equipment (lack of capital), and unhealthy competition from dumped or smuggled merchandise, policy inconsistency and macroeconomic instability (high inflation and lack of foreign currency). These constraints are currently derailing reindustrialization efforts and can be partially addressed through policy reforms below:

There are three different types of payments upon importation of goods into Zimbabwe. These are import duty, surtax, and Value Added Tax (VAT). Most raw materials used for manufacturing are subject to surtax and VAT. The government uses the General Agreement on Trade and Tariffs (GATT) method of customs valuation.

To incentivize industrialization, reduce production cost and improve export competitiveness, the government needs to significantly reduce import duties paid by local manufacturers for raw material imports. To complement the loss of revenue, the government needs to have a tiered tariff system where imported commodities pay duty in accordance to level of value addition done. Thus, the more the processing done to the commodity, the more the tariff levied.

Critically, raw materials imported for value addition with the intention to export finished goods should be exempted from import duties.

The high cost of producing locally is one of the primary reasons why Zimbabwean products struggle to break into the export market. The high cost of doing business takes into account the cost of capital (interest rates), transportation, electricity, labour, fuel and rentals. To move cargo in Zimbabwe, it costs US$0.12 per tonne/kilometer using road and US$0.06 per tonne/kilometer using rail.

The SADC average is US$0.07 by road and US$0.03 by rail. Similarly diesel currently retails at US$1.38/Litre in Zimbabwe as compared to a regional average of US$1.00/Litre. To address this structural constraint, the government needs to urgently reform its tax regime especially on import and export clearance fees, streamline permits paid to government agencies, reduce excise duty on fuel and award manufacturers long term licenses (instead of licenses that need renewal quarterly while attracting fees).

To address labour cost, the Labour Act needs to be amended so as to give flexibility to employers to hire contract workers easily and to terminate contracts on short notice without the burden of blanket fixed minimum retrenchment packages. The flexibility removes hesitation from various producers to hire contract workers as and when need arises, which in effect benefits both the employee and the employer.

Zimbabwe’s investment climate is still hampered by the unpredictability of the government’s economic policies especially monetary policies and lack of respect for property rights. Additionally, the current complex exchange control regime makes it difficult to remit dividends and move capital formally. The country is still far from instituting a market based foreign exchange market, which means that exchange control losses still persist for local and international businesses.

Political interference on business operations has also dented the country’s record on the rule of law. All these aspects need reforms to ensure the manufacturing sector attracts fresh capital from local or foreign investors.

The government currently retains 40% of all export receipts and 20% of domestic sales done in foreign currency using a pegged rate lower than the free market rate. Such surrender requirements act as a tax on exports, and unsustainable subsidy for importation (&amp; consumption) of various goods at the expense of exporters who operate on thin margins.

Moreover, all exporters now pay most taxes in foreign currency. To incentivize exports and improve viability, the formal auction market should be liberalized from government control or the auction platform needs to be based on true Dutch auction principles. That way, there would be no need for treasury to pour millions of hard currency to improve foreign currency supply.

Half of the country’s import bill in 2020 is composed of products that used to be manufactured in Zimbabwe but are now being imported from South Africa, Zambia, Malawi, China and Singapore.

Zimbabwe’s import substitution policy should have non-monetary incentives such as import duty or VAT holidays based on attaining specific production targets. These should be sorely for imported products that can be manufactured locally such as Fertilizers and Agro Chemicals,

The gains realized in subsidizing agriculture and ramping up mining production can only make economic sense if commodities from those two key sectors are processed by the local industry than be exported in raw form, then ultimately be imported as finished products by consumers.

Reindustrialization calls for partnerships between government and the private sector through business friendly policies, instead of over taxation to meet short term revenue collection targets.