Short In The Arm For Correctional Queens Football Club 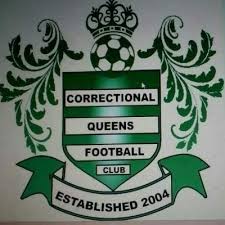 Red Sphere Finance charity initiative under the CBZ group has donated sport kits worth ZWL$896 thousand to the Correctional Queens Football Club to help support and empower women and girls in sport.

Speaking at the handover ceremony, Red Sphere Finance Managing Director Desmund Ali said through this partnership, Red Sphere Finance is seeking to break barriers and give equal opportunity to women and girls in various sporting disciplines such as soccer.

“Sport is one of the most effective ways to advance the status, liberty, and well-being of women and girls because sport especially soccer has been stereotyped as a masculine activity hence the marginalized participation of females,” said Ali.

Ali said empowering the Correctional Queens Football Club is empowering Women seeks to establish future opportunities to expand the footprint of the football club and reiterate its message of equality and opportunity for girls.

“By supporting women’s soccer, we are convening people across borders, cultures and belief systems, to promote greater tolerance and understanding among individuals and communities, challenge gender stereotypes and discriminatory attitudes to improve women and girls’ leadership roles and participation in decision-making,” said Ali.

Zimbabwe Prisons and Correctional Service (ZPCS) Deputy Commissioner-General Manetsa Christina Manhivi said the  ZPCS remains indebted for such donations which will certainly go a long way in boosting morale to the recipients as well as enhancing their performance.

“Let me point out that sport is equally important in one’s life especially to officers as it keeps us physically fit as well as with sound minds. As a department, we are proud and quite convinced that Correctional Queens FC shall remain one of the topflight teams in the Football fraternity and as Management we shall continue to empower and support the female officers especially those with passion for the sport.

“We are all aware that our Women Soccer Team has done well in the premier league and it is through such support as what CBZ has just done today which continues to give the team the zeal and willpower to do even much better,” said Manhivi.