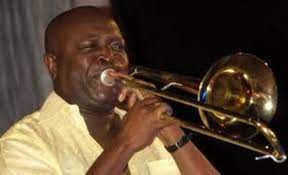 Popular Afro-Jazz Fusion musician, Ernest Tanga Kambadzo Sando has resurfaced on the music scene after a long hiatus with a fresh 10 track album titled – Zagga, which is set to be released on the 26th of November at Theatre in the Park in Harare.

Tanga Wekwa Sando as he is affectionately known, is popular for his soothing and groovy township jazz which gained him popularity after the release of his debut album ‘Wake’ in 2000.

Speaking on the latest album- his 15th, Sando hinted that the album will have a different feel of Jiti to it.

“Though I love all the music I have produced before, there is something special about ZAGGA, a blend of traditional Mhande and Jiti dances. I’m glad to share this God given afrobeat with everyone who feels it. ZAGGA is a celebration of love and life for African people,” he said.

Addressing media on his extended absence from the spotlight, Sando revealed that he had not completely abandoned music but was working in the background.

“I only took a back seat from mainstream music to concentrate on production, promoting young talent and other spectrums of the entertainment industry,” he said.

Tanga wekwa Sando is one of the few remaining artistes from Zimbabwe’s golden generation.

He was also an All Africa KORA Award nominee for best Southern African Artiste in 2005 for his tracks like Wake, Nyenyedzi, Paidamoyo, WeKuMbare.

Short In The Arm For Correctional Queens Football Club