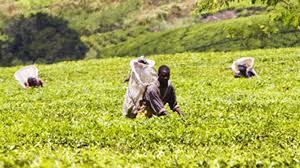 Miekles Limited is set to list its agro-industrial subsidiary, Tanganda Tea Company on the Zimbabwe Stock Exchange (ZSE) on February 3, 2022 subject to finalization of settlement of the residual capital gains tax having missed the initially schedule December 6, 2021 listing date.

This will be the second time the tea-grower is listed as a stand-alone company on ZSE having de-listed in 2008 after a merger with Meikles, Kingdom Bank and Cotton printers to form Kingdom Meikles Africa.

Meikles retained Tanganda in 2011 following a demerger from Kingdom.

“Shareholders are advised that Zimbabwe Revenue Authority (Zimra) granted the company the capital gains tax relief provided under section 15 (1) (b) of the Capital Gains Tax Act [Chapter 23:01] for only 51,39% of the issued shares. Consequently, there is a residual capital gains tax amount to be paid on the Demerger of Tanganda,” Meikles said in a statement on Friday.

“To consummate the Demerger transaction, the directors have authorized the company to pay the residual capital gains tax liability.

“Processes to finalise the assessment of the capital gains tax liability prior to the implementation of the demerger and the listing of Tanganda are in progress.

Meikles announced last year that the unbundling of Tanganda, including the disposal of Meikles Hotel in Harare for US$ 20 million was part of its strategy to focus on its retail business.

The group said Tanganda was adequately capitalized to sustain its operations.

Since 2010, the company has strengthened its financial and agricultural position with a total of US$ 37 million having been invested in capital projects including its diversification into avocado, coffee and macademia production to avoid price shocks associated with reliance on one crop.