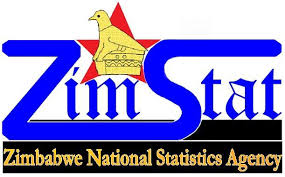 The Zimbabwe National Statistics Agency (Zimstat) has announced that it will use mobile electronic gadgets in the upcoming fifth Population and Housing Census to be held in August 2022.

The cartographic census mapping exercise involves the subdivision of the country into small geographical units called Enumeration Areas which can be defined as a well identified territorial unit containing the prescribed population size of 80 – 120 households.

“Most countries are shifting towards the use of mobile devices in data collection, in both cartographic census mapping and actual census enumeration. Given this background, Zimbabwe is focusing on following the global trend of the use of mobile devices for mapping and data collection during census enumeration. In short, we are moving from the paper-assisted personal interviewing to the computer assisted personal interviewing,” Zimstat, director general, Taguma Mahonde told reporters last Friday.

The cartographic exercise, at an estimated cost of ZWL$ 1.4 billion is currently being funded by treasury with development partners such as the United Nations Population Fund having chipped in with material assistance.

“This is the budget, (ZWL$ 1.4 billion) and as we have started, we are most grateful to Treasury under these difficult circumstances, they are funding the operations of the pre-enumeration phase of this Population and Housing Census. We also had some initial support from UNFPA, they have assisted with vehicles but suffice to say, very soon the minister of finance will be calling for a conference so that development partners may find areas they may assist,” added Mahonde.

Zimbabwe conducts a Population and Housing Census every 10 years and the last one conducted in 2012 recorded a population of 12.9 million.

However, in between censuses, Zimstats also does inter-census demographic surveys after 5 years to monitor population trends.

Girls Face An Education Crisis Around The World: We Must Act…