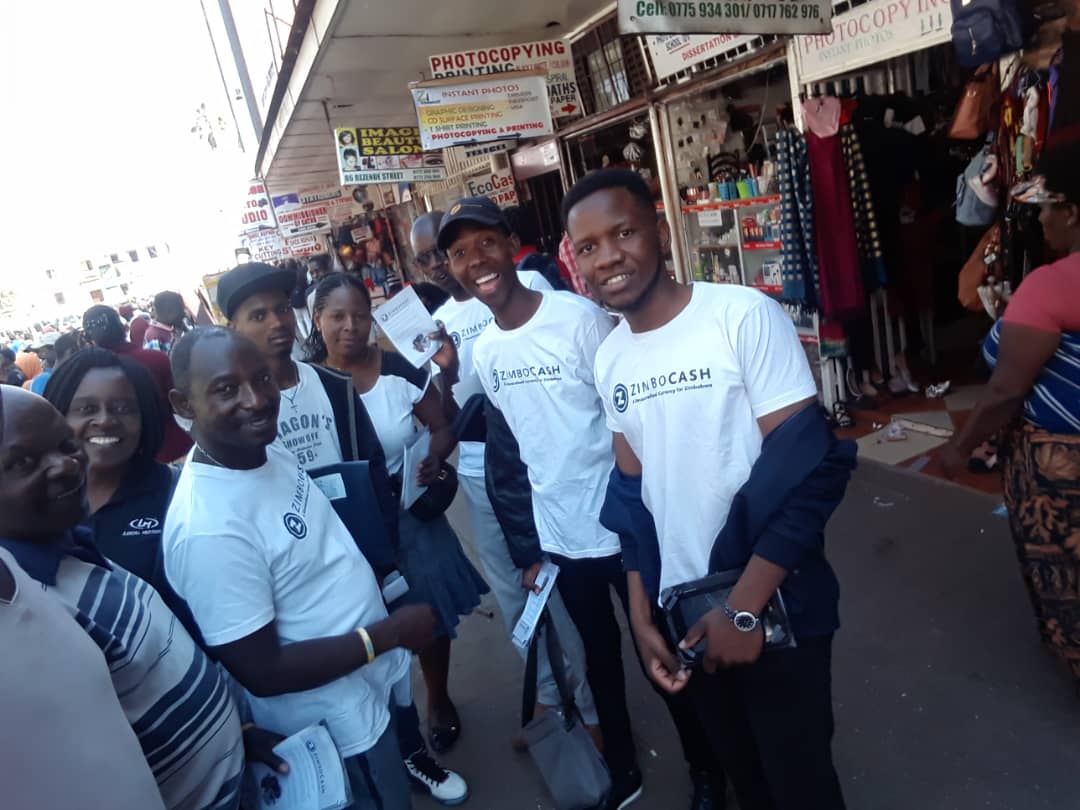 The listing of the blockchain token for ZIMBOCASH, a crypto currency like the Bitcoin, solidifies the creation of a sound-money network in Zimbabwe.

A crypto currency developed to provide a national decentralized currency network for Zimbabwe, has been listed on a major international crypto currency exchange hub, Bithumb Global.

The newly launched blockchain token ZIMBOCASH, will trade on Bithumb Global-originally from Korea- which offers crypto currency trading pairs, including Bitcoin, with crypto investors from around the world.

Bithumb Global exchange will market ZIMBOCASH to their networks of international buyers with a free-floating price in trade.

Its creators say the blockchain technology which operates as an online currency wallet, can be a game-changer with the creation of an alternative currency for a nation which has seen its currency value eroded by bouts of hyperinflation.

Philip Haslam, ZIMBOCASH head of communication says all the elements of a powerful currency alternative for Zimbabwe are now in place and the crypto currency will absorb some negative impacts of COVID-19 by providing a safe value alternative.

He said the Zimbabwe dollar collapsed amidst mass money printing schemes, now the token launch and listing propels ZIMBOCASH forward in providing an innovative solution for a fixed money supply, known as sound-money.

“The impact of the Coronavirus pandemic has been catastrophic for the Zimbabwean financial system. The Government has admitted that it is going to print money on a large scale to fund itself, which could push the country into hyperinflation.

“The Zimbabwe dollar was already collapsing with 500% inflation, before this crisis dealt a debilitating blow. We believe that ZIMBOCASH is perfectly positioned to solve this problem by fixing the amount of money in the country using blockchain technology. Our aim is to provide sound-money.”

While creating an alternative currency for an entire nation in crisis is an ambitious goal, Haslam says blockchain technology has been the game-changer to enable this kind of project.

“In our view, ZIMBOCASH is easily the most exciting new crypto currency project in the world right now. We are fulfilling the dream of bitcoin – we’re developing a peer-to-peer payments platform and facilitating on-the-ground trade in a country.

“We need to build a network of scale, we need to deliver on the technology and we need a liquid market price that people can use as a reference in day-to-day trade. We’ve created an initial network and with the launch of the token and the listing on Bithumb Global, we’re delivering on the second two pillars. With an online wallet and currency that people can access, we believe that the network is now going to grow substantially.”

Head of the ZIMBOCASH Subscriber Network, Laswet Savadye, says that interest in the project in Zimbabwe is skyrocketing.

Savadye said over the last year, viral growth in registrations has been enough to enable ZIMBOCASH to be listed on an offshore exchange and be tradable with bitcoin and other recognized currencies.

“Zimbabwe is perhaps the only country where you would be able to establish a decentralized currency network of scale. Zimbabweans are desperate for a sound-money solution and there is no other alternative like ZIMBOCASH.

“We’re incredibly proud that Bithumb Global has chosen to list us. They are regarded as one of the largest exchanges in the world with $4 billion of transaction volume every month,” says Savadye.

“We’ve always felt that a liquid market price would get us substantially closer towards the dream of facilitating cross-border trade for Zimbabwe. With a giant like Bithumb Global choosing to list our ZIMBOCASH token, that dream is now being realised.”

Haslam said a total of 4.5 billion ZIMBOCASH tokens have been created using a Delegated Proof of Stake consensus algorithm to ensure that no single computer in the system can control the supply of money.

He said for a country that has seen two bouts of hyperinflation in the last twenty years and several instances where people have had their money taken from them, sound-money is a powerful enabler.

“This established technology makes it practically unworkable for anyone to shut down, seize people’s money or stop cross-border flows. No-one is able to print more money than has been created by the system.

“We are spurred on by a belief that if we work together, Zimbabwe can become the nation that leads the world with sound-money.

“In a world where many countries are printing money on a massive scale, we could see Zimbabwe become a global pioneer in sound-money,” said Haslam.

Zimbabweans who register, including 30 000 pre-launch subscribers, can access their tokens via a website with an exchange listing providing a reference price for people to access when they transact.