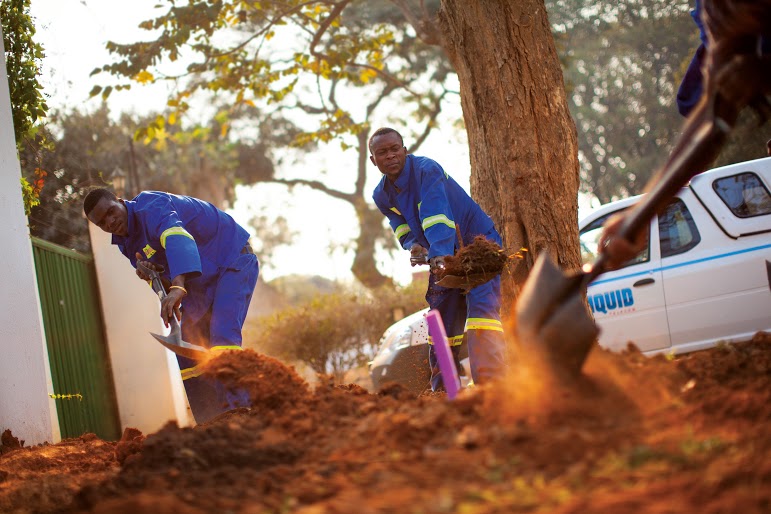 15 February 2019: Despite an ambitious economic reform agenda, Zimbabwe’s economic freedom score dropped down 3.6 points to a mere 40.4 on the Heritage Foundation’s latest Index of Economic Freedom, making its economy the 6th least free in the 2019 Index. Major factors contributing to this dismal score include the country’s inefficient judicial system and general lack of transparency – resulting in poor governance.

Among the negative consequences of this poor governance has been an increasingly alarming prevalence of fraud in sectors such as telecommunications, which have resulted in extreme losses of revenue. This lost revenue has proved detrimental in a time when institutions like the International Monetary Fund (IMF) and the World Bank have been progressively reducing the level of funding offered to African governments.

However, with the African continent having become a notorious hub of fraud against mobile network operators, Zimbabwe is not unique in their current dilemma. As such, there is a movement towards better regulation of the telecom industries in a number of African countries, in which Governments are taking a new approach towards this booming sector.

For instance, GVG’s technology and antifraud systems and services have seen major success in the Republic of Ghana, having allowed for the disconnection of hundreds of thousands of fraudulent lines which were used to illegally convert international traffic into national traffic on the local networks.

Speaking at an event held in Accra last October, Ghana’s Minister for Communications, Ursula Owusu-Ekuful lauded the National Communications Authority (NCA) for spearheading the Common Platform project with local partner KelniGVG. “I congratulate the Board, Director General, Management and Staff of the NCA for providing another first for telecoms regulation in the sub-region and the continent.”

Ghana’s Common Platform was commissioned to carry out four main functions to aid Ghana’s Digital Agenda. The platform provides Government with timely, reliable information about revenues accruing to it from the telecom sector in a transparent manner. It further protects revenues for both Government and telecommunications companies by combatting fraudulent international traffic termination.

Another example of the value that these systems offer, can be seen in Tanzania. It was found that the country had lost billions of dollars in revenue as a direct result of the rife fraud that was plaguing their telecom sector. Speaking at a recent event in Dar es Salaam, the President of the United Republic of Tanzania, John Magufuli, admitted that the mismanagement of funds in the telecom industry had gotten out of control. “It is no secret that we have lost a lot of money as a result of fraud and embezzlement in this sector,” he said.

As such, a national success story in this regard has been that of the Telecom Traffic Monitoring System project implemented by Global Voice Group (GVG), which has allowed the Tanzania Communications Regulatory Authority (TCRA) to collect over Sh93 billion in revenue over the past five years.

“Since this Telecom Traffic Monitoring System was installed, we now know the exact number of telecom users, debtors, telecom fraudsters, and all the information that we didn’t know before. In fact, the system has managed to eradicate almost all instances of fraud in external telecoms, bringing the figure down from over 65% to just 10%,” the President was quoted as saying.

The system has also helped the Tanzanian Government to understand and control a lot of electronic financial transactions like Mpesa and related transactions. This has allowed authorities to oversee these fast-growing services and to monitor their regulatory compliance as well as their security, reliability and quality for Tanzanians, especially the unbanked ones for whom mobile money represent essential services for their financial inclusion.

Based on the impressive level of satisfaction that is being expressed by two of Africa’s larger countries, Zimbabwe stands in good stead to be following a similar trajectory in their challenge of tackling telecom fraud with technology.