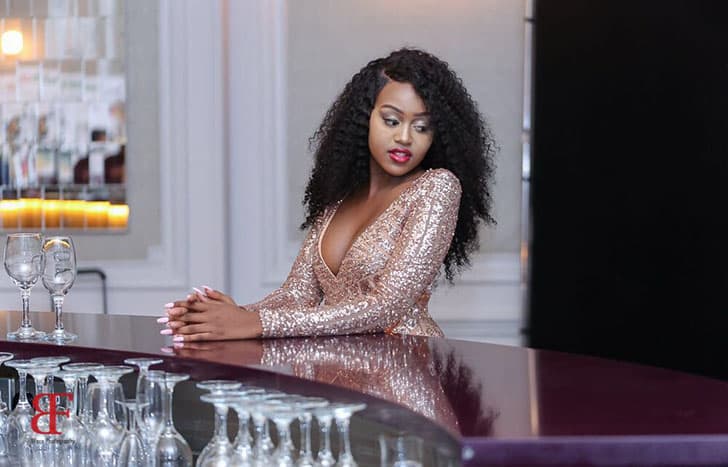 Chiedza Ziyambe, Founder of ZFS and pageant director of Miss World Zimbabwe UK, said that the organisation is proud of what Amanda has achieved since participating in the beauty pageant.

“It is a testament to her hard work and perseverance. She has remained resolute in pursuit of her goals and her journey so far has been remarkable. We are looking forward to watching her represent her home country on an international stage and we’re rooting for her to win.”

The Miss World Zimbabwe UK campaign was a celebration of Zimbabwe, its culture and of women, with an emphasis on beauty with a purpose.

“ZFS is passionate about women empowerment. Part of our ongoing commitment as an organisation, is supporting and raising the profiles of young women and girls from across the globe, equipping them with the knowledge, skills and confidence to become what they aspire to be,” Ziyambe said.

Amanda, over the last two years, has worked tirelessly in the community to support various charitable initiatives, and has continued to drive causes to support the girl child. She recently established Ngcono Mbowane Foundation, a charity organisation that provides funding and education resources for children who attend schools in remote areas.

Earlier in the year, Amanda travelled to Zimbabwe, and visited two schools in Tsholotsho where she donated school supplies and sanitary pads.

Other sponsors include founder of Sandylou Bridal Wear, Sandra Chinogurei who has designed a dress especially for the pageant. Loz Boutique has provided swimwear and Meticulous 1 on 1 hair founder, Ella May has offered to style her hair for the competition. Award-winning designer Tayamika has also shown her support and sponsored a cocktail dress.

“Partnerships are at the heart of what we do.We have a wonderful team of partners who play a vital role in making a positive impact in the community, particularly in promoting positive initiatives for women and young girls.

We are happy to have them on board to help us showcase and raise awareness of the talent we have in the Zimbabwean community,” said Chiedza.

The Miss Global International Pageant began in 2004 as Miss Commonwealth. It later changed to reflect the interest expressed by non-Commonwealth countries to compete. Since then, it is the first and only international beauty pageant to be hosted in Jamaica.

This year’s event is scheduled for 28 September 2019 at the Montego Bay Convention.