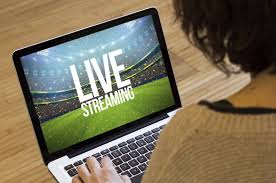 It’s moments away from Liverpool marching on to its traditional fort, the Anfield Stadium to play Chelsea on this chilly Wednesday evening before long serving Captain of the club, Jordan Henderson lifts the coveted English Premiership trophy for the first time in 30 years.

Indeed it has been an agonizingly long wait for the Merseyside club before tasting dominion over English football, and now there is nothing that will stop Nicholas Kufambi (33) from witnessing this historic moment from the comfort of his humble shelter devoid of electricity in Hopley settlement, south of Harare.

“I do not need to go to the sports bar to watch live English Premiership matches anymore ever since I was introduced to this site,” he says jovially.

“As you know we do not have electricity here in Hopley so I could have delayed in town to watch my team play before coming home to my family but not anymore,” he added.

He says, he now needs just about ZWL$ 40 (US$0.50) to buy data bundles from a local internet service provider enough to stream live the entire match.

Kufambi is not alone in this newly found alternative, in fact  he is one of the millions of other sport loving fans across the globe that now rely on free streaming websites to stay in touch with major sporting events.

For one to watch the best football games on SuperSport 3 (SS3) on the DSTV compact package, one has to pay a monthly subscription of US$ 35 which translates to ZWL$ 2 805, nearly half the average salary of a blue collar worker in Zimbabwe.

Worryingly, most users of these pirate platforms are not aware that they are promoting a complex; underground, multinational network that runs the wide world of illegal streaming that is threatening satellite TV broadcasters such as DSTV’s Multichoice out of business.

Luckily for online users in Zimbabwe, most telecommunications and internet providers are coming with various promotional packages with cheaper data to cushion consumers.

According to Postal and Telecommunications Regulatory Authority of Zimbabwe (POTRAZ) mobile Internet and data traffic increased by 2.8% to record 6,661TB during the first three months of 2020 from 6,489TB recorded in the previous quarter.

Used international internet bandwidth capacity by Internet Access Providers also increased by 8.2% to record 124,627 Mbps in the first quarter of 2020 from 115,212 Mbps recorded in the fourth quarter of 2019.

“For ZWL 980 (US$ 10) per month I buy 25 gigabytes of data on my service provider line which is enough to allow me watch all my favorite team’s matches for the entire month. This also allows me to watch other content during weekends,” said another user, who referred to himself as Terry Guns.

It is not only for the viewership of sporting events that pirate streaming is growing but also for movies.

Big companies such as Netflix have fallen prey with most of their content being pirated at much lesser charges or for free.

Research has also proven that the number of visitors to these pirate websites continues to increase especially with the return of sporting events as lockdown restrictions begin to be relaxed and more content emerging.

“In March (2020), for example, traffic to illegal streaming and download sites rose by almost 60 per cent, according to piracy-tracking firm Muso. In the UK, according to intellectual property protection organisation Fact, illegal film streaming links nearly tripled during the lockdown period,” wrote Forbes magazine.

But with more and more viewers visiting pirate websites for entertainment, the future of television business remains at greater risk of collapse.