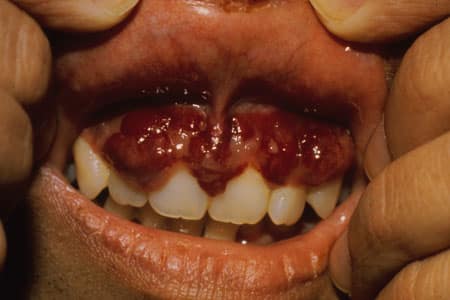 “The three of the HIV related Cancers make up 33% of all the cancer cases with cervical cancer cases being 19%, Kaposi Sarcoma and Non-Hudgkin Lymphoma were 7% and 6% of the total cancer cases respectively while the Squamous Cell Carcinoma of the Conjunctiva are part of the other Cancers that make up 34% of Cancer cases,” reads the report.

However Kaposi Sarcoma deaths have fallen, thanks to the availability of Antiretroviral Therapy (ART) which suppresses manifestations of AIDS in HIV positive clients.

The Ministry of Health and Child Care (MoHCC) recognized the link between treatable HIV disease and increased morbidity and mortality from Non Communicable Diseases NCDs that include cancer and has therefore joined other partners to fight this scourge.

The supply of ARVs has led to the recovering of many patients thus reducing the incidence of HIV related cancers.

The Ministry has also embarked on an expansion drive for cervical cancer screening among HIV positive women at most Opportunistic Clinics with support from its strategic partners.

Anti-Cancer drugs such as Bleomycin, Methotrexate, Cisplatin and Doxorubin have been distributed.

Meanwhile the ministry works with its partners to roll out community mobilization and cancer screening programmes in different Districts.

If West Indies Did It,Zimbabwe Can Also ‘Did It’